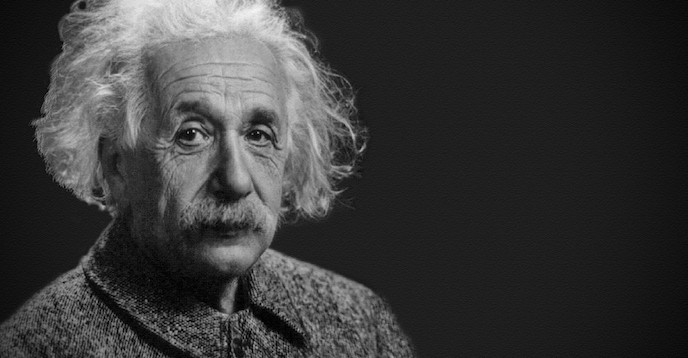 The text below is a slightly abridged version of a letter written by Albert Einstein to Sigmund Freud. Under the title Why War?, the letter and Freud's reply to it were published in 1933 by the International Institute of Intellectual Cooperation. They formed part of an international series of open letters, sponsored by the Institute, in which leading intellectuals exchanged ideas on major questions, the most crucial of which was the threat of war.

Is there any way of delivering mankind from the menace of war?

It is common knowledge that, with the advance of modern science, this issue has come to mean a matter of life and death for civilization as we know it; nevertheless, for all the zeal displayed, every attempt at its solution has ended in a lamentable breakdown.

I believe, moreover, that those whose duty it is to tackle the problem professionally and practically are growing only too aware of their impotence to deal with it, and have now a very lively desire to learn the views of men who, absorbed in the pursuit of science, can see world-problems in the perspective distance lends. As for me, the normal objective of my thought affords no insight into the dark places of human will and feeling. Thus, in the enquiry now proposed, I can do little more than seek to clarify the question at issue and, clearing the ground of the more obvious solutions, enable you to bring the light of your far-reaching knowledge of man's instinctive life to bear upon the problem...

...As one immune from nationalist bias, I personally see a simple way of dealing with the superficial (i.e. administrative) aspect of the problem: the setting up, by international consent, of a legislative and judicial body to settle every conflict arising between nations. Each nation would undertake to abide by the orders issued by this legislative body, to invoke its decision in every dispute, to accept its judgments unreservedly and to carry out every measure the tribunal deems necessary for the execution of its decrees. But here, at the outset, I come up against a difficulty; a tribunal is a human institution which, in proportion as the power at its disposal is inadequate to enforce its verdicts, is all the more prone to suffer these to be deflected by extrajudicial pressure. This is a fact with which we have to reckon; law and might inevitably go hand in hand, and juridical decisions approach more nearly the ideal justice demanded by the community (in whose name and interests these verdicts are pronounced) in so far as the community has effective power to compel respect of its juridical ideal. But at present we are far from possessing any supranational organization competent to render verdicts of incontestable authority and enforce absolute submission to the execution of its verdicts. Thus I am led to my first axiom: the quest of international security involves the unconditional surrender by every nation, in a certain measure, of its liberty of action, its sovereignty that is to say, and it is clear beyond all doubt that no other road can lead to such security.

The ill-success, despite their obvious sincerity, of all the efforts made during the last decade to reach this goal leaves us no room to doubt that strong psychological factors are at work, which paralyse these efforts. Some of these factors are not far to seek. The craving for power which characterizes the governing class in every nation is hostile to any limitation of the national sovereignty. This political power-hunger is wont to batten on the activities of another group, whose aspirations are on purely mercenary, economic lines. I have specially in mind that small but determined group, active in every nation, composed of individuals who, indifferent to social considerations and restraints, regard warfare, the manufacture and sale of arms, simply as an occasion to advance their personal interests and enlarge their personal authority.

But recognition of this obvious fact is merely the first step towards an appreciation of the actual state of affairs. Another question follows hard upon it: how is it possible for this small clique to bend the will of the majority, who stand to lose and suffer by a state of war, to the service of their ambitions? (In speaking of the majority, I do not exclude soldiers of every rank who have chosen war as their profession, in the belief that they are serving to defend the highest interests of their race, and that attack is often the best method of defence.) An obvious answer to this question would seem to be that the minority, the ruling class at present, has the schools and press, usually the Church as well, under its thumb. This enables it to organize and sway the emotions of the masses, and make its tool of them.

Yet even this answer does not provide a complete solution. Another question arises from it: How is it these devices succeed so well in rousing men to such wild enthusiasm, even to sacrifice their lives? Only one answer is possible. Because man has within him a lust for hatred and destruction. In normal times this passion exists in a latent state, it emerges only in unusual circumstances; but it is a comparatively easy task to call it into play and raise it to the power of a collective psychosis. Here lies, perhaps, the crux of all the complex of factors we are considering, an enigma that only the expert in the lore of human instincts can resolve.

And so we come to our last question. Is it possible to control man's mental evolution so as to make him proof against the psychoses of hate and destructiveness? Here I am thinking by no means only of the so-called uncultured masses. Experience proves that it is rather the so-called "Intelligentzia" that is most apt to yield to these disastrous collective suggestions, since the intellectual has no direct contact with life in the raw, but encounters it in its easiest, synthetic form upon the printed page.

To conclude: I have so far been speaking only of wars between nations; what are known as international conflicts. But I am well aware that the aggressive instinct operates under other forms and in other circumstances. (I am thinking of civil wars, for instance, due in earlier days to religious zeal, but nowadays to social factors; or, again, the persecution of racial minorities). But my insistence on what is the most typical, most cruel and extravagant form of conflict between man and man was deliberate, for here we have the best occasion of discovering ways and means to render all armed conflicts impossible. 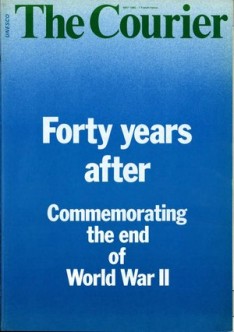