The Palawan Biosphere Reserve is a cluster of islands composed of one long main island and smaller groups of islands around it. The 1,150,800 hectares of the biosphere reserve include the entire Province of Palawan Island, which is the westernmost province of the Philippines.

Office of the President 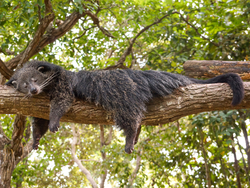 The province of Palawan is known as the Philippine’s “last ecological frontier”.

The Palawan BR is an archipelago composed of main island and more than 1,700 islands. It is endowed with rich natural resources and highly diverse flora and fauna found in both land and sea.

Its coastal and marine ecosystems include coral reef (379 species of corals), seagrass meadow (13 species), and mangrove (31 species, distributed in 44,500 hectares of mangrove forests, the highest remaining mangrove cover in the Philippines). It also harbors several marine mammals such as marine turtles, dugong, and whale shark. The characteristics of terrestrial and freshwater ecosystems are also diverse. It is composed of oldgrowth and secondgrowth tropical rainforest, karstic limestone, forest over ultramafic rocks, casuarinas and beach forest. 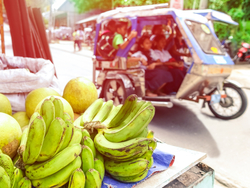 The total population in 2000 is 755,412 with an annual population growth rate of 3.6%. The Palawan BR is also home to approximately 57 ethnolinguistic groups with 3 indigenous peoples: the Tagbanua, Palaw’an, and the Bataks.

The major economic activities are agriculture and fisheries. Other important industries are tourism, on-shore and off-shore mining, gathering of minor forest products, and pearl farming.