Korgalzhyn was Kazakhstan’s first biosphere reserve. Situated in the north central part of Kazakhstan, the site is a complex of freshwater and saline lakes embedded in the dry steppe zone of Eurasia. Environmental degradation caused by previously unsustainable management practices are now being addressed through a number of pilot projects. 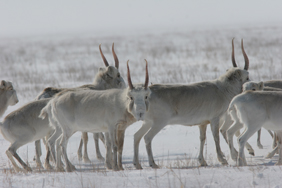 The territory is characterized by elevated plains, hills, lake depressions and marked by an extreme-continental climate.

Korgalzhyn Biosphere Reserve is a natural complex of fresh and saline waters with coastal territories which include unique landscapes characteristics of the dry steppe zone of Eurasia. This makes it an important wetland site for migratory water birds. Potential fodder reserves of only one Tengiz lake are able to provide food for 15 million birds. The most Northern nesting population of Flamingo is located here; its population in some years may reach 50,000-60,000 birds. For this reason, in 1974, Tengiz-Korgalzhyn lakes (part of the Biosphere Reserve) were included in the Ramsar list of internationally important wetlands.

The biodiversity of this territory includes more than 500 species of plants and more than 1400 species of water and terrestrial animals, consisting of 42 mammal species, 14 fish species and 344 bird species. Water birds of Tengiz-Korgalzhyn lakes (territory of Biosphere Reserve) include 112 species, which is 87% of the total water bird fauna of Kazakhstan. To the present date more than 700 species of insects have been recorded here, although their species diversity may reach more than 3000 species.

More than 60 rare species of animals and plants, listed in the Red Data Books, are registered in the territory of Biosphere Reserve.Korgalzhyn State Nature Reserve is also one of the clusters of the UNESCO World Heritage site “Saryarka – Steppes and Lakes of Northern Kazakhstan”. 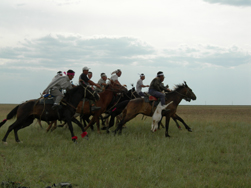 More than 12,000 people live in the area. Agriculture is the main economic activity of the area. Human emigration caused by overall environmental degradation (unsustainable use of water and biological resources, unsustainable tourism) is now being addressed through a variety of pilot projects such as sustainable pasture management, ecotourism, the creation of fishing and hunting farms, and the development of alternative power sources.