The Kavir Biosphere Reserve is located in the Anatolian Iranian Desert. The Kavir plain is composed mainly of flood plains and low mountain ranges. The reserve is characterized by salt and sandy lands with arid and semi-arid desert vegetation, and is inhabited by steppe communities. 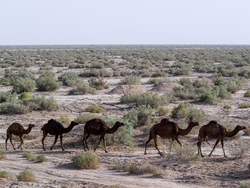 The Kavir Biosphere Reserve is located south-east of Tehran megacity and encompasses parts of the Great Salt Lake basin and Dasht-e-Kavir. The reserve represents a typical type of Central Asian steppe grassland classified as desert. The central zone contains the oldest Precambrian stones found together with active and semi-active volcanoes.

Two hundred and five plant species have been identified within the reserve of which 35 are endemic. Based on recent studies, there are 31 mammal species, 131 bird species, 20 reptile species and only one amphibian (bufo kavirehsis). The reserve served as an important habitat for the Persian zebra (Equus Hemionus Onager), but the species gradually became extinct due to hunting from the late 1970s onwards. 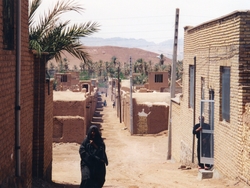 There is no local community inside the core and buffer zones, however traditionally migrant communities make use of pastures. Some cities at the margin of the reserve have experienced rapid population growth because of their proximity to the capital, Tehran. The most important tribes and communities living in the reserve are the Alikani, Aslanlo, Hadavand, Katti and Kale Kohhi. People in the area earn a living from livestock rearing, agriculture, horticulture and the sale of handicrafts. Seasonal grazing by the livestock of nomadic communities takes place in the core area.