Dong Nai is the new name of the former Cat Tien Biosphere Reserve, which was designated in 2001. It is located in the Dong Nai province in the south-east of Viet Nam. In this region the plateaux of the central Vietnamese highlands give way to the Nam Bo Delta. The area includes typical landforms of the Truong Son Mountain range and the lowland rivers, streams, semi-plains, medium hills, relatively flat lands and scattered lakes, ponds and wetlands of the eastern Nam Bo Delta. 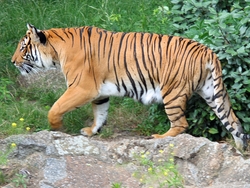 The Cat Tien tropical forest ecosystem forms part of the Indo-Pacific Biogeographical Region. Typical forest types include evergreen broad leaves forest, bamboo forest and other mixed forest. Cat Tien National Park provides protection for this continuous mosaic of forests. Within the park there is great variation in topography from steep hill areas in the north to large lowland areas, wetlands, riverine areas and cultivated fields in the south.

The area has been able to retain much of its original diversity due to the survival of areas of unmodified habitat and the suppression of hunting and other forms of disturbance. There are seven different habitat types and a total of 1,610 botanical species on five geographical landscapes. Of the known species 31 are listed as rare and 23 are endemic to Cat Tien. 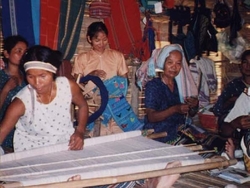 There are 11 different ethnic groups living within the biosphere reserve. They can be divided into three main groups, which have different histories in the area and differ in land use strategies. These groups include recently migrated minorities from Northern provinces (such as Tay, Nung, Dao and H’mong), the Kinh or lowland Vietnamese, and the S’Tieng, Chau Ma and Chau Ro indigenous ethnic minorities that have lived in the region for several centuries.

Agriculture is the key production sector accounting for the livelihoods of about 90% to 95% of local people. Other main economic activities include tourism, aquaculture and fishing.