Situated in the inter-montane basin of Ili, in the southeast of Kazakhstan, this biosphere reserve unites the canyon-like valley of the Charyn river with relict ash forest, deserts and steppes typical of Central Asia. The floristic diversity includes some 1,000 species of higher vascular plants. The fauna is rich and diverse. While agriculture has long been the main economic activity in the region, tourism has been developing for several years alongside cattle breeding and horticulture. 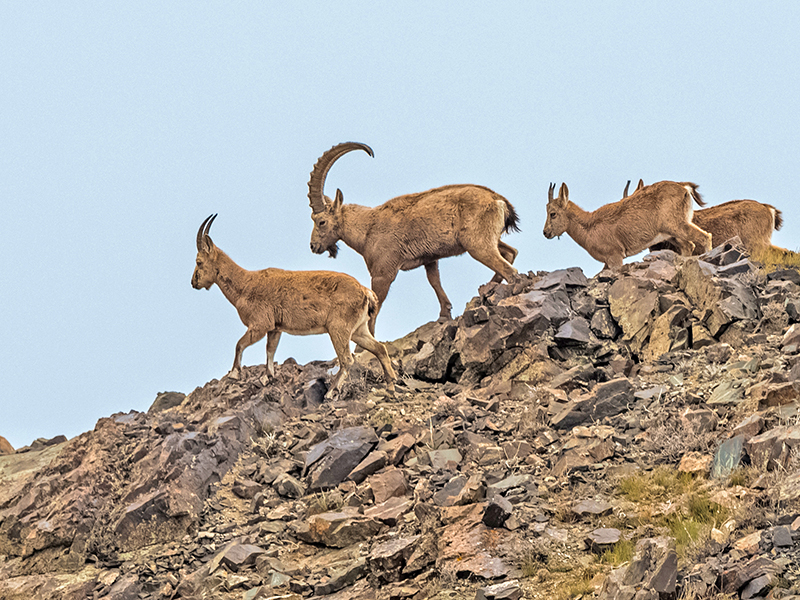 The territory of the biosphere reserve Charyn is located in the basin of the Charyn river. It is a unique biogeosystem in the central part of the Ili intermontane basin in the Southeast of Kazakhstan, as it gathers the canyon valley and adjacent desert areas.

The floristic diversity of the Charyn Biosphere Reserve includes about 1000 species of higher vascular plants belonging to 426 genera and 90 families, which is 18% of the flora of Kazakhstan. The fauna does not fall short in terms of diversity, as the area is home to hundreds of species, including endangered and/or vulnerable ones, such as the goitered gazelle (Gazella subgutturosa) and the Pallas’ cat (Otocolobus manul). 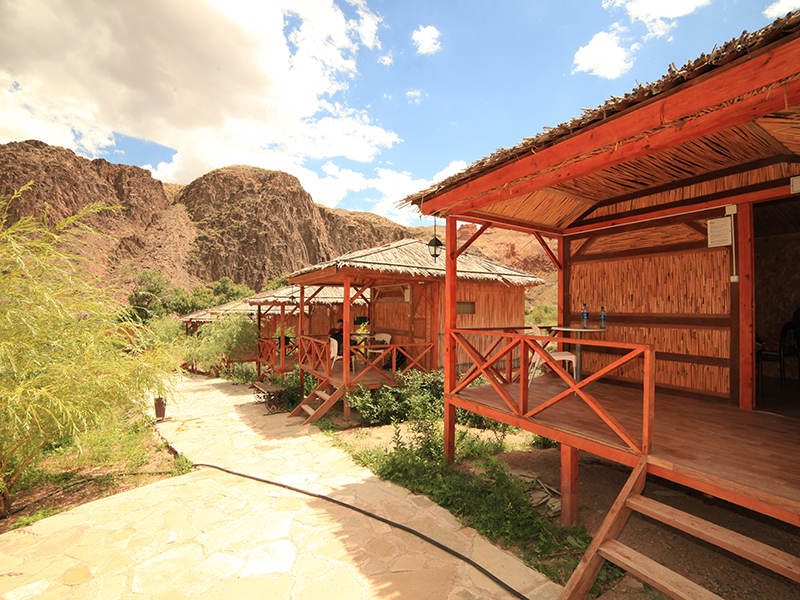 More than 10,000 people live in the transit zone of the BR, the majority of them are Uygurs (55.4%), Kazakhs (41.9%), and others (Russians, Tatars, Dungans, Chechens, Germans, etc.). The main type of economic activity of the local population is livestock breeding, crop production and industrial processing of agricultural products. In fact, a major factor for the degradation of the soil is overgrazing.

The diversity of the reserve's natural conditions, soil fertility, the richness of flora and fauna, water resources and the presence of nature monuments of international importance make it possible to use the reserve territory as the basis for establishment of the tourist cluster in the South and Southeast of Kazakhstan. At present, it has the highest rating for tourists visiting in the Southeast of Kazakhstan.