About 6,000 people live within the boundaries of the biosphere reserve. The major economic activities are timber exploitation, fuelwood harvesting, cultivation of arable crops, hunting, fishing, and the plantation of indigenous and exotic tree species, all of which take place in the transition area. Soil erosion and loss of biodiversity are the principal threats to the reserve. 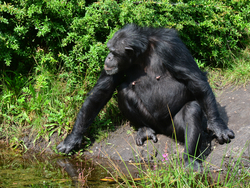 The predominantly ferruginous tropical soils of Omo are typical of soil varieties found in the intensively weathered areas of basement complex formations in the rainforest zone of south-western Nigeria. The river complex in the area has a network of rivulets, streams and small rivers forming several tributaries to major rivers in the area, including large perennial rivers such as the River Oni along the border east of Omo and north-western Oluwa.

The forests found in the reserve are mixed moist, semi-evergreen rainforest. The vegetation of the complex is classed as lowland rain forest, which typically contains many valuable timber trees. The area is also extremely rich in species and has high levels of endemism. The area also boasts the highest variety of butterflies in Africa, a large proportion of which are endemic. 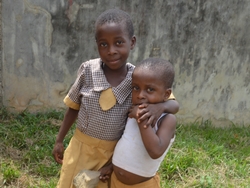 Farming is the principal occupation of the inhabitants, while a small proportion are involved in other occupations such as hunting, fishing, hired labour and timber contracting for income generation. Secondary professions include mechanics, blacksmiths, tailors, carpenters and herbalists.

The majority of the people living within or near the biosphere reserve are descendants of original settlers mainly from the Ijebu tribe. Others inhabitants, including the Yoruba, Hausa and Igbo ethnic groups, come originally from the south-west with a few from the eastern and northern parts of the country.