In the Coastal Evergreen Rainforest along the Gulf of Biafra, Okangwo is in the north of the Cross River National Park on the edge of the Cameroon Highlands between the Cross and Sanga Rivers. This combination of river systems provides the basis for a unique wealth of biodiversity. 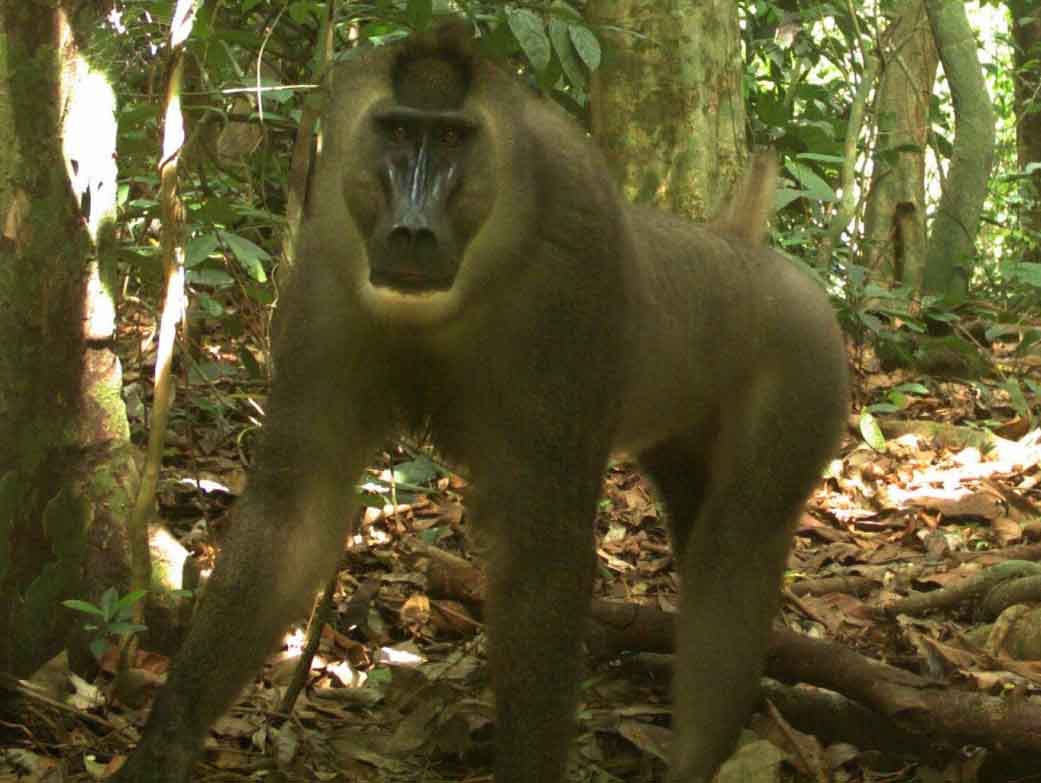 The fauna of Okwangwo forest reserve is highly diversified as a result of its geographic location on the edge of the Cameroon highlands between the Cross and Sanga rivers. It contains the most extensive areas of relatively undisturbed tropical moist forest remaining in Nigeria and is located within the Lower guinea faunal region. The rainforests of Okwangwo forest reserve contain species that occur widely throughout the Guineo-Congolian forest such as elephant Loxodonta africana, African buffalo Syncerus caffer nanus and bushpig Potamochoerus porcus pictus. It also includes a large number of plant and animal species with a narrow distribution essentially the areas from the Cross River in Nigeria to the Sanga River in Cameroon (together with the island of Bioko). This includes the giant otter shrew Potamogale velox, angwantibo Arctocebus calabarenis, drill Mandrillus leucophaeus, and Preuss’s guenon Cercopithecus preussi, chimpanzee, Pan troglodytes.

The Okwangwo Division has richly diverse flora, with about 1,545 species representing 98 plant families recorded. 280 species of birds have been recorded, including the vulnerable grey-necked rockfowl, (Picatartes oreas) which breeds in the Mbe mountains and the golden greenbul (Calyptocichla serinus), rare in Nigeria and the grey parrot.

The forest is a source of timber and non-timber forest products such as bush mango (Irvingia wombolu), rattan canes (Calamus thwaitesii), medicinal plants and bushmeat, among others, which, alongside tourism, provide a livelihood for its populations.

Conservation of the rainforest of Cross River today owes much to past protection policies and to the creation of numerous forest Parks established throughout the region by the colonial government from 1912-1958. The establishment of a network forest reserves in common with forest policy throughout the British Empire, was initially instigated to protect watersheds and the forest from agricultural expansion but more importantly to conserve areas for future logging activities.  The core area was gazetted by the Federal Ministry by the Federal government decree in 1991 and was later amended in 1999. The zone is largely undisturbed. The buffer zone as in the past has been subjected to man-made alteration, mostly to burning for shifting agriculture. Traditional fruit gardening-collecting and hunting are commonly practised, and cutting of chewing sticks and rattan close to road assess is common. The Transition zone has been disturbed by humans. They therefore include forest areas which have been cleared for shifting agriculture, as well as areas in the past which has been exploited by intensive hunting and gardening.

The Biosphere is important to the religious, historical, political and cultural values of the people. The Ejagham people are mainly traditionalist and the Biosphere reserve has groves and hills which are used as symbols of worship for their deities. Culturally, the biosphere reserve provides support for tangible and intangible culture for example the hills and water falls which serve as important heritage sites.