Located in the north of the country, this biosphere reserve comprises a unique freshwater ecosystem which includes the Molemane, Molopo and Marico river systems. The ecosystem is characterized by wetlands and a dolomitic system, which constitute a valuable part of South Africa’s natural heritage. The savannah and grassland areas support vulnerable plant species such as Searsia maricoana. Endemic fauna include 73 species of mammal such as the African elephant, the black rhinoceros and the lion. The main economic activities are subsistence agriculture, livestock, game ranching and tourism. 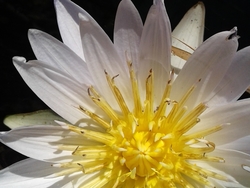 The Marico BR covers parts of two biomes, the Savannah and the Grassland Biomes, encompassing sections of five bioregions and a total of seven vegetation types. Furthermore,  the proposed Marico BR area has a high representativity of biodiversity compared to the surrounding area. 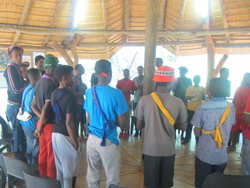 A total number of 34 000 permanent residents are estimated to live within the boundaries of the proposed Marico BR. The most prominent ethnic group is the Batswana, with Afrikaner and other groupings forming the minority groups. The languages mostly spoken in the proposed Marico BR area are Setswana, English and Afrikaans.

Economic activities in the area are mainly rural-based, with the biggest economic sectors being dryland subsistence agriculture, with livestock grazing and game farming on the natural vegetation being the mainstay for the area. Tourism and game farming are ever-increasing in the area. Only two small towns fall within the Marico BR area - Groot-Marico and Ottoshoop (Figure 2). Both fall within the Transition Area of the proposed Marico BR. The towns of Zeerust, Mahikeng, Lichtenburg, Koster and Swartruggens are larger, accommodating more economic activities. However, these towns fall outside the boundaries of the proposed Marico BR. Agriculture is both the primary economic activity and the main land use in the area. Most of the land that falls within the proposed Marico BR is privately owned.