Situated in the Ashanti region of Ghana, Lake Bosomtwe is one of six meteoritic lakes in the world. The southernmost section of the site overlaps the northern section of the Bosomtwe Range Forest Reserve creating a combination of forest, wetland and mountain ecosystems. The biosphere reserve sustains 35 tree species, including some used for timber. The site is also home to a great diversity of wildlife and a human population of over 50,000 inhabitants whose main economic activities are farming, fishing and tourism, as the lake is a major national tourist destination. The area is widely used for research, especially on climate change, as well as environmental education for schools and universities. 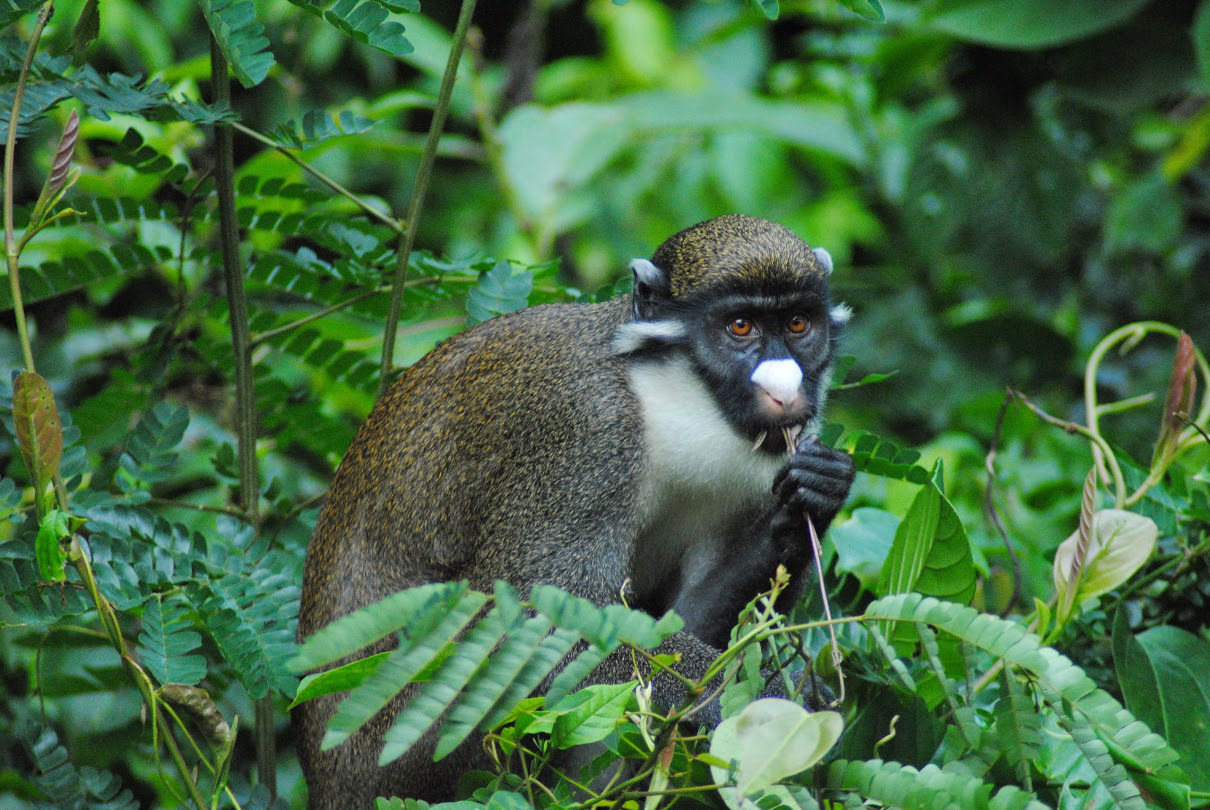 Lake Bosomtwe is an important national cultural and natural site of particular relevance for international conservation. It is believed to be the result of meteoritic action about 1 million years ago, when a crater formed by the impact of an asteroid gradually filled with rainwater. It is the only natural lake in Ghana and one of six major meteoritic lakes in the world and is thus considered a unique national resource. The lake catchment spans two districts, Bosomtwe and Bosome-Freho, and consists of a mixture of three unique types of ecosystems – forests, wetlands and mountains – which contribute to the conservation of vital biodiversity.

The only faunal species of serious importance for conservation purposes is the tree pangolin (Phataginus tricuspis). Other species found on the reserve include the western green mamba (Dendroaspis viridis), the marsh mangoose (Atilax paludinosus), the red-chested cuckoo (Cuculus solitaries), the white-crested hornbill (Tockus albocristatus) and the lesser spot-nosed monkey (Cercopithecus petaurista). 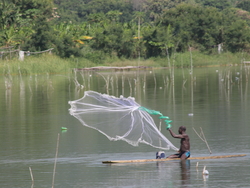 Approximately 50,800 inhabitants live in the Lake Bosomtwe area. The great majority of the population belongs to the Akan tribe who speak the Ashanti language. Other tribes present in the area include the Frafras, Mamprusi, Dagaati and Kusaasi. According to Ashanti oral tradition, a hunter from Asaman discovered the lake about 360 years ago while chasing an antelope. According to the story, the game vanished into the lake, which the hunter then found to contain an abundance of edible fish.

Farming, tourism and fishing are the principal activities in the area. Farming and fishing provide livelihoods, income and food for the majority of people living in the local communities, while tourism generates significant revenue, some of which has been used for the construction of mechanized boreholes and places of convenience for the communities by the two district assemblies. Tourists usually engage in hiking, recreational fishing and similar activities.