The way people value and perceive biodiversity influences behaviour at the level of the individual, institutions and whole societies. More work is needed to understand the diversity of values that people hold for biodiversity, especially among non-Western societies and marginalized groups. The different ways of perceiving and valuing biodiversity depend on culture, gender, education, occupation, context (e.g. urban/rural) and/or a multitude of other influences. There is growing recognition of the need to understand this issue.

Biodiversity may be valued for the extrinsic ‘ecosystem services’ it provides to humanity (e.g. the provision of pollinators for food production, mangroves for preventing coastal erosion or plants as potential sources of new pharmaceuticals). It can also be regarded as having intrinsic value; for example, highly biodiverse areas such as rainforests or coral reefs, or charismatic animals such as tigers or whales, are often perceived to have value regardless of their contributions to people. Biodiversity and nature also have profound cultural and spiritual dimensions. However, these may conflict with systems that place an economic value on biodiversity.

UNESCO's role in understanding the diverse values of biodiversity

UNESCO’s interdisciplinary mandate which includes the natural and social sciences and culture makes it uniquely able to explore the diverse values of nature. Biodiversity is central to many cultures and culture itself plays a crucial role in how biodiversity is perceived. UNESCO is the only UN agency with a mandate in the field of culture.

UNESCO’s Culture Sector, through its culture conventions and programmes, plays a unique role in promoting human creativity and safeguarding culture and heritage worldwide. UNESCO’s mandate for the social sciences enables exploration of the ethical considerations of nature’s intrinsic value, while  UNESCO’s  work  on  gender  provides  a  space  to  examine  how  biodiversity  is  experienced  and  utilized differently by women and men. Finally, the work of UNESCO in culture and communication and information demonstrates that language is key to how we understand and perceive the world, and shows how the concepts of ‘biodiversity’ and ‘nature’ are expressed in many different ways in different languages.

Indigenous peoples and local communities deserve special  attention  when  considering  the  diverse  values  of  nature.  Many  indigenous  and  local  communities  are  reliant  on  biodiversity  and  have  a  particular  relationship  with  their  landscapes  and  seascapes.  They  do  not  necessarily  see  a  distinction between humans and nature, and often accord  deeply  spiritual  importance  to  animals  and  plants.  Within  this  cultural  context,  efforts  to  put  an  economic  value  on  biodiversity  or  even  to  actively  manage  biodiversity  for  conservation  can be deemed highly offensive. Moreover, much of  Western  conservation  philosophy  perceives  a  clear separation between humans and nature, with human  impacts  on  biodiversity  automatically  seen  as  detrimental.  For  indigenous  peoples,  however,  human  interaction  with  nature  is  crucial  for  both  the natural and social worlds. Conservation actions that aim to limit human interactions with biodiversity may therefore risk severing indigenous connections to nature. Such diverse values need to be explored and  mutually  understood  if  conservation  activities  are to be acceptable and equitable for all. 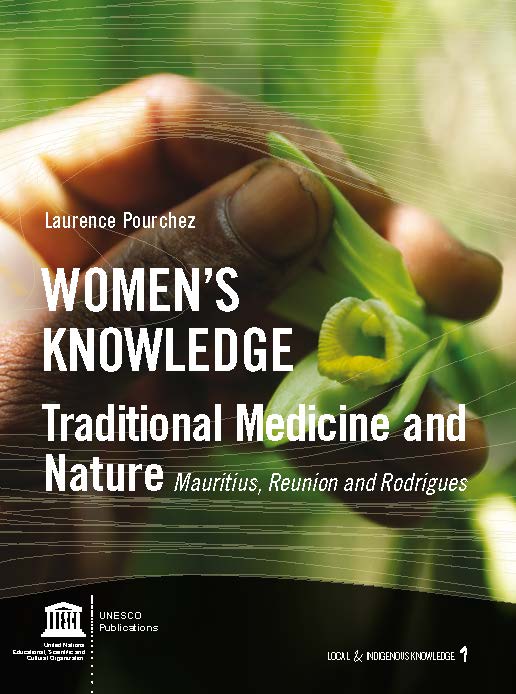 UNESCO’s Local and Indigenous Knowledge Systems (LINKS) programme has worked on a project to document women’s knowledge of medicinal plants on islands in the Indian Ocean. These islands were populated from the end of the seventeenth century by peoples originating from Europe, Madagascar, Africa, India, China, and even Polynesia and Australia. The project shows how gender, a close connection to nature, cultural diversity and isolation on a series of small islands has led to an intimate understanding of the value of plants including both medicinal and spiritual aspects. Full publication (pdf)

The UNESCO Convention for the Safeguarding of the Intangible Cultural Heritage contributes to the  understanding of traditional  knowledge, values and practices accumulated and renewed across generations as  part of intangible cultural heritage. This includes the ways in which such in-tangible cultural heritage guided human societies in  their  interactions  with  the  surrounding  natural  environment for millennia. Today, the contribution of  intangible  cultural  heritage  to  environmental  sustainability is recognized in many fields such as biodiversity  conservation,  sustainable  natural  re-source management, climate change, and natural disaster preparedness and response.

In  recognition  of  the  importance  of  the  links  between  biological  and  cultural  diversity,  the  Secretariat  of  CBD  and  UNESCO  established  a  Joint Programme on the Links between Biological and Cultural Diversity in 2010. The main objective of the Programme is to identify and enhance syner-gies between interlinked provisions of conventions and  programmes  dealing  with  biological  and  cultural  diversity  at  relevant  scales.  LINKS  and  MAB programmes and the WHC contribute to the Joint Programme.