The Criança Esperança Programme, a Globo TV initiative in partnership with UNESCO, is a social mobilization project aiming at transforming the future of vulnerable children and young people.

Although in partnership with UNESCO since 2004, the Criança Esperança Programme was created in 1986 by Globo TV, the largest audiovisual producer in Brazil, with a capacity of reaching practically the entire country. Five broadcasters and 117 affiliates comprise a network that communicates every day to 100 million people on all screens.

In view of this great potential, the Criança Esperança is able to draw people’s attention to early childhood development and raise awareness on the rights of children and adolescents, thus allowing UNESCO to disseminate important themes of its mandate. Criança Esperança is one of the most – if not the most – visible and recognized social programmes in Brazil. It is also a powerful communication tool to discuss important issues concerning the social agenda in the country.

Through the annual mobilization campaign, the mobilization raises funds, which are fully invested in social projects developed by NGOs in the five regions of Brazil. With the participation of citizens and prominent corporations, Criança Esperança has already supported more than 5 thousand projects, benefiting more than 4 million vulnerable children, adolescents and young people across the country.

Once a year, during its annual campaign, a live show is produced and broadcasted in prime time where artists and celebrities voluntarily advocate for the cause of the programme. The show is structured around a central theme, such as Education, Human Rights, Cultural Expressions, among others. Moreover, Criança Esperança is often featured and used as a reference in news, documentaries, interviews and even entertainment shows keeping these important themes in the public agenda of Brazil. 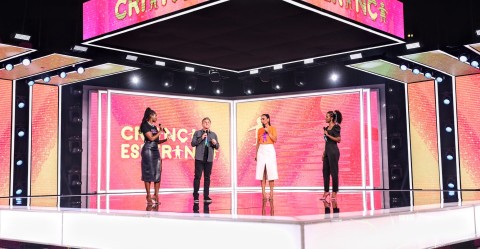