Torres del Paine lies between the Andes Mountains and the Patagonian Steppe in southern Chile giving on to the Atlantic coast. It is an area of great scenic beauty, with many ridges, crags, glaciers, waterfalls, rivers, lakes and lagoons. 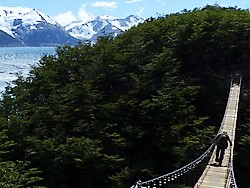 The Biosphere Reserve has four well defined ecological zones: Pre-Andean scrubland: present in the plains and plateaux-like formations, the species found here are mostly adapted to economizing water due to their exposure to strong winds; deciduous Magellan Forest: all the tree and shrub communities in this community belong to this ecosystem, where Lenga (Nothafagus pumilio) is the dominating species; Patagonian Steppe: to be found in the plains and plateaux-like formations, with a semi-arid cold climate and rainfall of up to 400 mm per year. Here perennial medium to low height grass communities are to be found, growing in ditch-like depressions; Andean desert: corresponding to a zone where vegetation only develops up to a height of 1,50 m, with cover ranging from 30% to 0% due to the extreme climatic conditions and the altitude. The association of Mulinetum espinosum (pre-Andean scrub) should be noted. Part of the flora is exclusive to the Reserve and the Province of Ultima Esperanza, with Adesmia campestris as a rare and exclusive species. 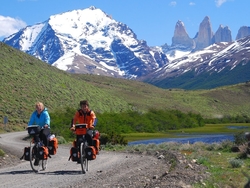 The Biosphere Reserve has a variety of tourist services, offered by 15 private concessions mainly geared to lodging, restaurants, transport and recreation. It receives approximately 115,000 visitors per year.

The Biosphere Reserve has been working on a sustainability certification for products elaborated within its territory.