Situated on the southern coast of Cuba at Matanzas province, the Ciénaga de Zapata Biosphere Reserve covers 628,171 hectares. It is one of the largest and most important wetlands in the Caribbean region with a marine southern borderline. Ciénaga de Zapata was designated as Ramsar site in 2001. This area is a cluster biosphere reserve with several core areas, highly valuable for conservation located in the Ciénaga de Zapata National Park. 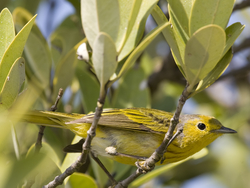 Some 9,000 (2001) people, mostly of Spanish origin, live permanently in one of the largest biosphere reserves in Cuba. Economic activities are mainly silviculture, fisheries, community agriculture, tourism, handicraft and apiculture. Tourism is very important and brings more than 800,000 people to the area each year, for the benefit of the local communities. They are actively involved in decision-making processes through public hearings and peoples councils organized by the administration of the local government. As this biosphere reserve covers a whole watershed and entire protected areas, all long-term objectives for conservation, development of sustainable land-use practices is met. The region of the Ciénaga de Zapata Biosphere Reserve has been declared a Special region for sustainable development.