This Biosphere Reserve Is located in the northern part of the Patagonia region within the Central Chilean zone which is a global biodiversity hotspot, also characterized by an abundance of endemic species. The biological corridor connects three core areas. 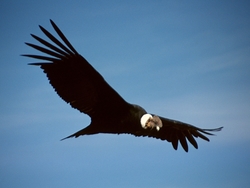 The Nevados de Chillan and Rio Polcura sites are labelled high priority for the conservation of biodiversity in Chile due to their richness of wildlife (particularly insects) and flora, high genetic diversity and presence of huemules south Andean deer (Hippocamelus bisulcus).

Until 1996, describing 146 species of vertebrates and 241 species of plants, this table is now obsolete since recent studies indicate that the fauna would be represented by 155 species and the floristic richness extends to 355 species.

Invertebrates, the proportion of conservation priority species in the area reaches 37%. In the case of plants, only 2.7% of all known species are considered priority for conservation, meaning a total of nine species of trees and shrubs.

The Laguna del Laja National Park was created by Supreme Decree No. 652 of June 25, 1958. This unit was the first of its kind south of Santiago, and is located in the Andes, east of the city of Los Angeles, in the Bío Region, between the slopes of the Antuco volcano, the Sierra Valley and the Laja River, between 976 and 3,585 metres above sea level. This park is under the custody and administration of the National Forestry Corporation. 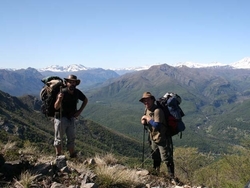 In pre-Colonial Times, the Biosphere Reserve was home to the Mapuche people, who were nomads, gatherers and hunters. Their main food source was the "piñón" or "pehuén", seed of the Araucaria. They also traded it, as well as leather, with the people of the valley and with those Utracordilleranos of the pampas.

Currently, livestock activity in this area is represented by extensive breeding of cattle and is limited to the lower areas of the biosphere reserve, in addition to the breeding of small animals such as sheep, pigs and poultry for self-subsistence purposes.

There is also small-scale or subsistence agriculture with the production of cereals (wheat, oats, corn); legumes, potatoes, and vegetables; forestry, with the extraction of firewood; and livestock, with sheep and goat raising. Major agriculture, with large crops of wheat, beet and fruit production.

The tourist activity is one of the most relevant in this area, mainly because of its great variety of scenic beauties. Among them are lakes, lagoons, sites for sport fishing, rivers with waterfalls, artisan fairs. Also the practice of winter sports and hiking, camping, spas, hot springs, among others, being this area one of the most important sources of income for the population of the proposed Biosphere Reserve.