The Chamela-Cuixmala Biosphere Reserve is located on the Pacific coast of Mexico’s state of Jalisco. It features mostly dry tropical forests over rolling hills, as well as lower wetlands and mangroves. Through the coast, coral reefs and refuge sites are home to several marine species. 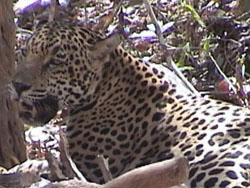 The region Chamela-Cuixmala is located on the coastal plain of the Sierra Madre del Sur in the subprovinces of the Sierras of Jalisco and Colima. It is a predominantly mountainous region where the relief of the coastal plain is dominated by hills, which are interrupted by plains or floodplains of rivers or streams.

The Biosphere Reserve has a wide variety of landscapes that make up for one of the most diverse and heterogeneous areas of the America’s Pacific coast. It features a very well conserved tropical dry forest, which is one of the world’s most threatened ecosystem.  Additionally, it also gives its contribution to the conservation of insular ecosystems, as well as beach zones that serve as nesting places to various turtle species.

Chamela-Cuixmala is home to 68 protected species according to the Mexican legislation, including five species of sea turtles, the jaguar (Panthera onca), among others. 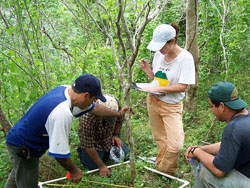 The marine zone of the Chamela Bay is used by fishing cooperatives that carry out rudimentary fishing activities of octopus, sea cucumber and lobster. The coast is also where most of tourism activities are carried out, though in the past few years new ecotourism opportunities have been coming up.

There is very limited agricultural activities in the fringes of the Biosphere Reserves, particularly the so-called Ejidos, a communal form of land tenure with a peculiar social organization.