Located in the southwest of Ecuador and the Northwest of Peru, this transboundary biosphere reserve is comprised of the Noroeste Amotapes-Manglares Biosphere Reserve of Peru (originally designated in 1977 and expanded in 2016) and the Bosque Seco Biosphere Reserve of Ecuador (originally designated in 2014). Its establishment is the result of both country’s efforts to strengthen their fraternal ties, trust and cooperation in diverse areas over two decades since they signed a peace agreement in 1998. It was the 1st transboundary biosphere reserve established in South America, and the 17th in the world.

The Bosques de Paz Transboundary Biosphere Reserve covers parts of the Tumbes and Piura regions of Peru, and part of the provinces of Loja and El Oro in Ecuador. It includes territories of the western foothills of the Andes, with altitudes reaching up to 3,000 metres, which have generated a biodiversity with a high degree of endemism, and the seasonally dry forests of Ecuador and Peru, which form the heart of the Endemic Region of Tumbes, one of the most important biodiversity hotspots of the world, as well as the mangroves of Tumbes. 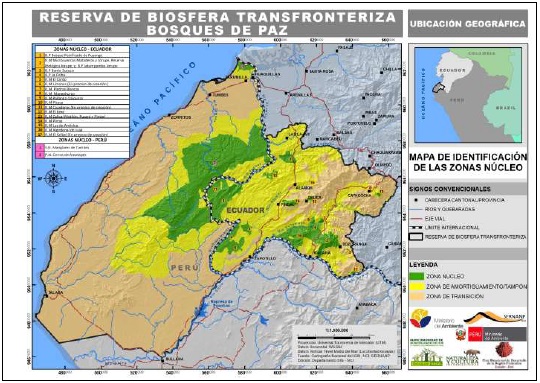 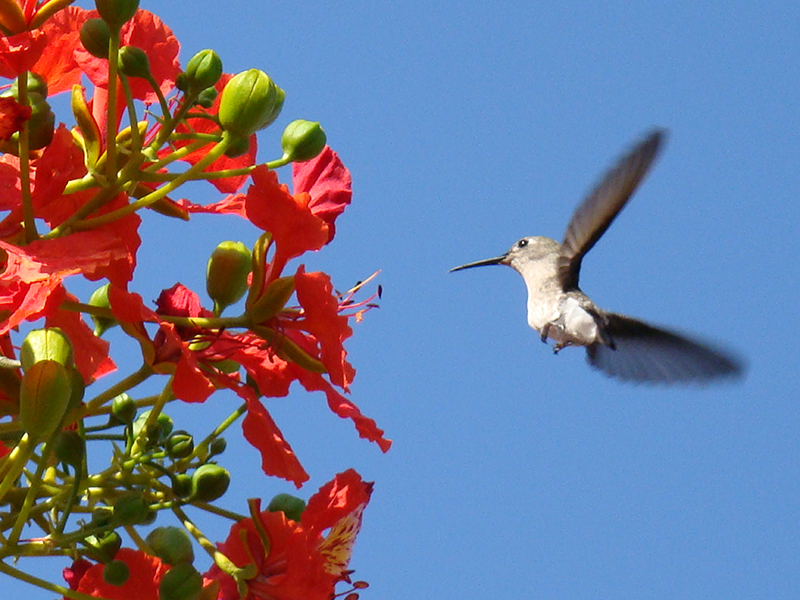 The reserve encompasses seasonally dry forests of Ecuador and Peru which form the nucleus of one of the most important sites in the world for endemic biological diversity – the Tumbesian Region. It covers coastal territories and the buttresses of the Western Andes, whose heights can reach up to 3,080 metres above sea level. The resulting territory is characterized by biological diversity with a high rate of endemism.Two hundred and nineteen species of vascular plants have been registered in the area of the biosphere reserve, 15 of which are endemic. In addition to nearly 800 species of birds (8% of all species worldwide), 59 species are endemic. The Tumbesino Endemism Region is thus one of the four most important endemism zones for birds on the planet.

Fifteen bird species of those exclusive to the region are under threat, and their territory covers less than 5% of their original habitat. Likewise, 5% of endemic birds and 17.5% of subspecies in the region are found only in the dry forest. The site is also home to 142 mammal species, 14 endemic species, white-tailed deer (Odocoileus virginianus), Neotropical river otters (Lontra longicaudis), Crocodylus acutus (American crocodile), howler monkeys (Alouatta palliata) and jaguars (Panthera onca). 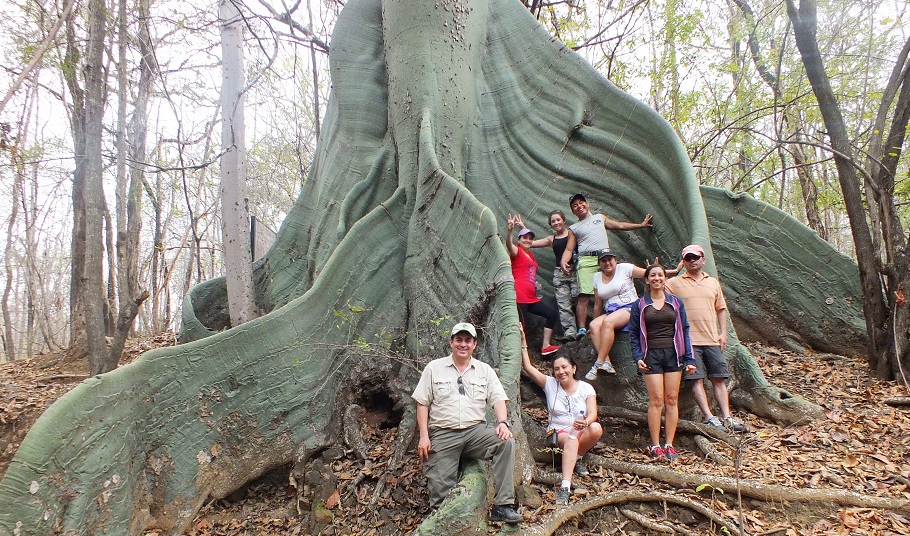 The population living within the biosphere reserve is predominantly rural. One of the most fundamental aspects underpinning the relationship between Ecuador and Peru is water. The Catamayo-Chira and Puyango Tumbes hydrological systems flow from Ecuador to Peru, revitalizing water resources and productive agricultural and livestock activities. The productive spaces of the territory of the Bosques de Paz Transboundary Biosphere Reserve can be divided into two zones: low and high areas with their associated edapho-climatic characteristics (soils and climate), which determine the production of different crops and the breeding of cattle.

The main economic activities include fishing, livestock, tourism and agriculture (coffee, corn, rice, fruit, bananas). The local flora also plays an important socio-economic role, as the local communities use more than 90 plant species which provide them not only food and income but also medicinal plants.

Back to World Network of Biosphere Reserves