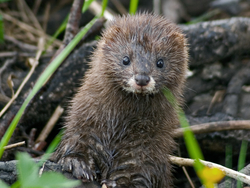 The West Estonian Archipelago is located in the southern part of the Boreal forest zone of the Northern hemisphere, where the south-taiga forest subzone changes into sprucehardwood subzone. Phytogeographically, Estonia belongs to the Euro-Siberian region of the Holarctic realm.

First and foremost the archipelago represents the ecosystems that have been formed on the coastal formations of different developmental phases of the Baltic Sea in the last ten thousand years. The distinctive features and diversity of nature in the West Estonian islands is mainly influenced by the geographical position, young age of the area, limerichness of soils and centuries of human activity.

Long coastal line where we can find both low and dune beaches, low bays with small islets and holms and thousands of years of land use has formed the structure of the islands` forests, meadows, arable land and pastures, the result of which is a mosaic landscape and diverse nature of the islands. Terrestrial habitats contain pine forests, mixed spruce and deciduous woodlands, juniper and coastal meadows, swamps and peat bogs. The alvar forests (spruce, pine or birch forest on limestone plains with thin soils) are of particular interest. Parts of the area are designated as wetlands considered important according to Ramsar specifications.

Efforts have been made to re-establish viable populations of the critically endangered European mink (Mustela lutreola) on the islands of Saaremaa and Hiiumaa. 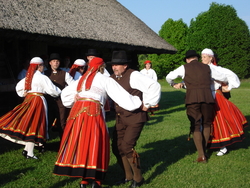