This biosphere reserve is divided from south to north by Yenisey River, with Siberian lowland to its west and the more elevated Siberian Plateau to its east. The river itself is 2-3 km wide, while the valley extends over 8-10 km. The glacial plain in the west is characterized by swamps and slow rivers, while to the east rivers are steep and swift. The biosphere reserve contains representatives of all taiga ecosystems for Central Siberia. The flora is typical of the middle taiga sub-zone with Pinus sibirica and Larix spp. as predominant species. 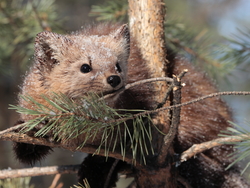 The harsh climate of Siberia has always limited people's development in the region. The core area is totally free from modification by man. 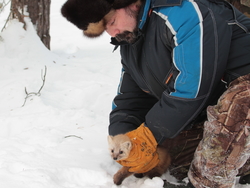 The territory to the south of the core area is inhabited by the Kets, whose main occupations are hunting and fishing, while to the north live the Evenks. Their main occupations are hunting and reindeer husbandry. The rest of the reserve is inhabited by Russians, most of them living in the area for generations. Their occupations, besides hunting and fishing, include forestry and agriculture. Integrated ecological research on soil, vegetation and animal populations has been conducted in the core area since 1969.