The biosphere reserve is situated in the south-eastern part of Rügen, Germany’s biggest island. Within its 22,800 hectares, almost all coastal forms of the southern Baltic Sea can be found. 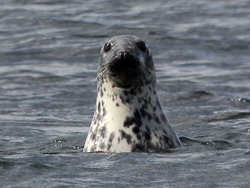 The whole landscape was formed by the glaciers of the last glacial period which expired nearly 10.000 years ago. Today the biosphere reserve includes areas of ground and terminal moraine hills deposited after the last glacial period and Holocene depositional features such as sand bars. The inland waters are shallow, interrupted by peninsulas, small islands and hooked spits.

Moraine areas are dominated by Baltical Beech forests with Fagus sylvatica and Quercus robur. Here are also the agricultural areas with the highest harvests. But also pastures, low productive grasslands and coastal vegetation of brackish water can be found. Mainly at shallow bays salt meadows and salt reed banks occur. These bays are also very important for thousands of resting water birds, mainly in the wintertime.

Steep coasts and natural beaches are typical formations of the beachside of Baltic Sea. All in all more than 800 plants can be found in the biosphere reserve, nearly 200 of them are listed in Red Lists.

For several years the waters around Rügen have again been home to a small colony of grey seal (Halichoerus grypus).

Today most of the people living in the biosphere reserve earn their living mostly from tourism, fishing and agriculture. Traditional land use forms as well as traditional fishing methods are still maintained in the area. The biosphere reserve is especially known for sustainable small-scale cod fishery which is a model for other regions.