The biosphere reserve, located in the archipelago of Madeira, combines terrestrial and marine areas. The terrestrial areas host more than 1,600 taxa with a high level of endemism, including 15 types of flora that are exclusive to Porto Santo. The biosphere reserve is home to several species of marine reptiles and mammals, notably the rarest seal in the world, the Mediterranean monk seal (Monachus monachus), and the loggerhead sea turtle (Caretta caretta). Its marine biodiversity is yet to be fully catalogued. Tourism is the island’s most important economic sector, with its population increasing fourfold during the high season. 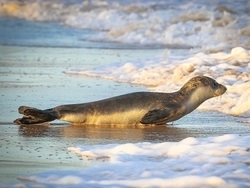 The terrestrial biodiversity of the site includes more than 1,600 taxa with a high level of endemism. About 396 (24%) belong to various taxonomic groups such as fungi, lichens, plants (nonvascular and vascular) and animals (invertebrates and vertebrates), and some species have international, national or regional conservation status. The flora includes a large number of endemic vascular plants. Among the approximately 536 identified taxa, 15 are exclusive to Porto Santo, of which the most recently described (Echium portosanctense, Pericallis menezesii and Sonchus parathalassius) are noteworthy, 28 are endemic to Madeira and 26 are endemic to Macaronesia. 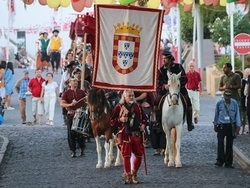 The population distribution of the territory is not homogeneous and is concentrated in the south of the island. The majority of the active population is employed by the tertiary sector, notably tourism. During the high season, the island population quadruples. Other areas include trade and services, such as public administration, education, health, banking, insurance sales, transport, hotels and restaurants. While the cement industry used to be representative of the secondary sector, it has been supplanted by wind and solar energy production. The island is implementing the Smart Fossil Free Island concept to ensure a transformation over the medium to long term to an energy matrix free of fossil fuels, with a focus on electric energy and renewable energy sources. The primary sector, in turn, comprises activities carried out by a smaller number of individuals related to agriculture, livestock and, in reduced numbers, fishing.