The Ledro Alps and Judicaria Biosphere Reserve is located in the Trento region of northern Italy, between the Dolomite World Heritage Site and Lake Garda. The site is representative of the southern slopes of the central-eastern Alps and comprises a variety of habitats including Alpine meadows, forest, grasslands and moorlands, alternating with traditional crops. Its location contributes to a rich and varied biodiversity, creating a continuous north-south corridor between the protected areas of the Po valley and the northern Alps. The proposed area includes two settlements around Lake Ledro and Lake Carera and is inscribed on the UNESCO World Heritage List.

The reserve is highly valued as a tourist destination with tourism the main source of income for the permanent population of 15,845 residents. Agriculture is the principal economic activity, in particular, viticulture, olive, fruit and vegetable growing and animal husbandry among others. 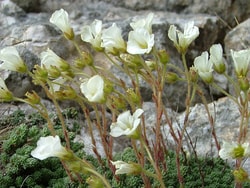 The reserve forms part of a corridor linking the Adamello-Brenta Nature Park in the north to the Park of Upper Lake Garda in the Lombardia region to the south. The central and southernmost part of the proposed area is characterized by the presence of steep rocky mountain slopes, mostly covered with broad-leaved or mixed woods and interrupted by pastureland or agricultural crops. Open areas predominate in the higher band or on the valley floor. The southern part is characterized by the presence of higher mountains, with conifer woods, above which extensive grasslands and the rocky pinnacles of the Dolomites offer spectacular scenery.

Large carnivores such as the lynx (Lynx linx) and brown bear (Ursus arctos) represent the top of the food chain in the reserve. In 1996, the Adamello Brenta Nature Park established the “Life Ursus” project to reintroduce the brown bear following a drop in numbers to near extinction levels. Between 1999 and 2002, 10 brown bears were released adapting well to their new environment. Today, there are over 30 brown bears in the Central Alps.

The Dolomite and pile-dwelling sites are inscribed on the UNESCO World Heritage List. 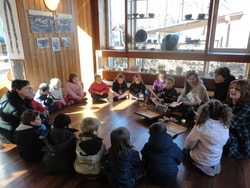 On the valley floors and lower slopes are dozens of small villages, many of which are of considerable historic and architectural value. The population in the reserve amounts to approximately 16,000, but doubles in the summer due to seasonal tourism, the main economic activity in the region. In the past the area was characterized by the rearing of cattle in pasture. The use of pastureland and forests is based on collective ownership of resources.

The first permanent settlements were documented around Lake Ledro and Lake Carera at Fiavé. These were Bronze Age pile-dwelling settlements whose importance is reflected in their inscription on the UNESCO World Heritage List in 2011.