The Biosphere Reserve of 'La Palma' in the Canary Islands was extended and renamed in 2002 (the ancient Los Tiles Biosphere Reserve is now constituting the core area). The biosphere reserve now encompasses the entire island, which contains a wide range of representative habitats with all the diversity provided by the transition from the coast up to the mountain peaks. 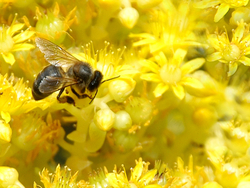 La Palma, with its highest peak, Roque de los Muchachos, at 2,426 m, is considered to be one of the highest islands in the world in relation to its surface area.

It is truly a miniature continent that contains, staggered at different altitudes, all the representative ecosystems of the Macaronesian region, a biogeographical region grouping the Archipelagos of the Canaries, Madeira and Azores.

Starting from the coastal Euphorbia obtusifolia and Spurges, then giving way to the thermophile forest and subsequently to monteverde vegetation (Laurel forests, Tree Heath and Fayatree), to be substituted at greater altitudes by Canary Pineand finally by Adenocarpus viscosus and scrubland at thesummit. The spectacular Laurel tree forests associated with horizontal precipitation-condensation of coastal fogs caused by the humid trade winds are particularly note worthy.

This permanent atmospheric humidity, characteristic of the Tertiary Era, has enabled relict plants to survive. Forest functionis also vital for aquifer replenishment which is essential for the development of the Island. Among the fauna, numerous endemic insect species are to be found and some unique birds, such as Bolle’s Laurel Pigeon and the White tailed Laurel Pigeon. 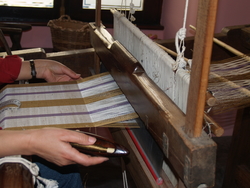 Along the centuries, the human occupation in the island has extraordinarily been an example of a people-nature symbiosis. In fact, the island traditional practices in terms of agriculture and fishing have always been based in sustainable development and have ensured its conservation degree nowadays.

Since the last decades of the 19th century, La Palma has been a famous tourist destination. In 1980s, the sector has improved its infrastructure significantly and, nowadays, is focusing on becoming more of an ecotourism/agritourism destination rather then a beach mass tourism destination.