Kedrovaya Pad is the oldest Russian reserve, created in 1916 and located in the extreme south of the Russian Far East, not far from the borders with China and North Korea. Two main mountain ridges, Gakkelevsky and Sukhorechensky, around 400 metres above sea level characterize the relief and form a river valley. 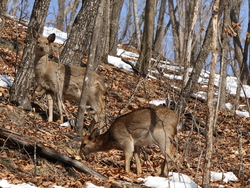 The environment in this region has suffered from damages from human activities, especially forest fires, and Kedrovaya Pad is the only area still in native conditions and the only example of south-Ussury taiga. The coniferous-broadleaf forests of Kedrovaya Pad Biosphere Reserve combine elements of the northern taiga and subtropical forests, but in this area southern flora predominates. The overlap of southern and northern species of plants and animals explains the high biodiversity with many endemic and relict species of the Far East such as the Amur tiger (Panthera tigris altaica), Amur leopard (Panthera pardus orientalis), and Himalayan bear (Ursus thibetanus). In spite of its small area (only 0.1 % of the Primorsky Province territory), an important number of animal and plant species can be found here, and the Biosphere Reserve contains 900 of the 2000 vascular plant species found in Primorsky.

The location of Kedrovaya Pad at the southern tip of the Primorsky Krai places it in the path of warm, humid air masses from the Philippines. As a result, the frost-free period stretches an extra two months in comparison with nearby areas. The mountainous relief also plays a significant role in creating microclimates within the Biosphere Reserve and provides conditions for specific species present only in Kedrovaya Pad and neighbouring areas. For example, at the headwaters of the Gakkelevsky Stream, which are protected from the sea by a mountain ridge, the number of sunny days each year can be up to three times greater than in the central regions of the reserve. For this reason, sun-loving plants like melons and tomatoes grow well in regions just a few kilometres from areas where they cannot grow at all. 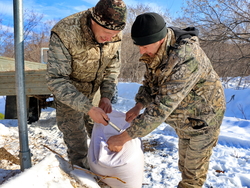 There are several settlements around the Biosphere Reserve, which counts a population of about 11,000 people. The main economic activities take place in the buffer zone and include forestry, agriculture, coastal fishery, and salmon breeding. The transition area has not yet been officially designated. Kedrovaya Pad Biosphere Reserve is under the direction of the Biology and Soil Studies Institute of the Far East Branch of the Russian Academy of Sciences.

This area attracted naturalists since the end of the 19th - beginning of the 20th centuries and was visited by famous Russian scientists who were responsible for the creation of the Reserve. Flora and vegetation, many groups of invertebrates, birds and mammals were studied here in detail. A program of ecological education for local and regional schools exists in Kedrovaya Pad and there are plans to create an Ecocenter for ecological education.