The Guanica Forest Biosphere Reserve is located in the southwest part of Puerto Rico. It is considered the best preserves subtropical forest and the best example of dry forest in the world. The ecosystem and vegetation systems identified in the Reserve include the entire representation of vegetation succession for a coastal tropical dry forest, from coastal shrubs to evergreen and cactus forests. 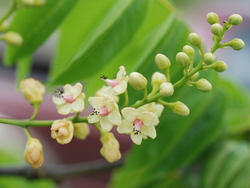 The Guanica Biosphere Reserve encompass a mosaic of ecological systems. Over nine forest types have been identified at the Core Zone, and it is considered by many experts the most pristine subtropical dry forest in the world. It is a critical habitat for various species that are endemic and engangered. 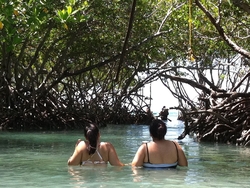 The Guanica forest serves the recreation needs of tourists and people living in eight near-by municipalities with a total population of over 330,000 people. Of conservation concern is the large increase of visitors in coastal areas bringing developmental pressures such as residential and tourist housing projects, the expansion of the municipal landfill and loss of biological corridors. The intense use of coastal and marine ecosystems for recreation has accelerated damage to coral reefs from anchorage, land erosion and related sedimentation.

The reserve receives roughly 700,000 visitors annually, most of which are local residents.