Situated in the Emirate of Fujairah, the biosphere reserve consists of a water catchment area in an arid climate that is part of the Haiar mountain range. The site hosts a rich fauna and flora endemic to the Arabian Peninsula. It is one of the last Emirati places where traditional farming practices are still maintained. 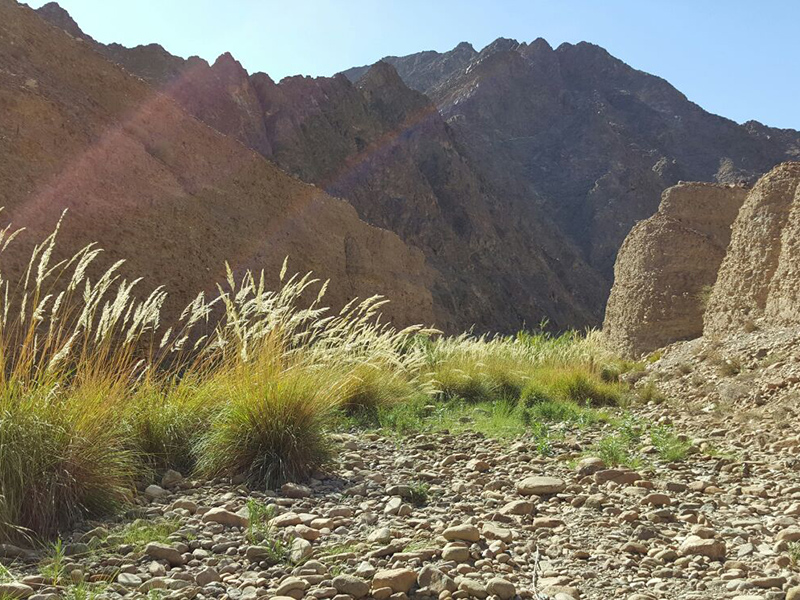 The main landforms in the biosphere reserve are indicative of the Hajar Mountains and include Mountain ranges, wadi systems, and alluvial plains. The area's characteristic geology has created a unique hydrogeological system that allows run-off water to emerge as springs at contacts between impermeable and permeable rock layers in several wadis. All the nine different freshwater habitat types found here, ranging from riffle and stream to waterfall, are spring-fed with water flows alternating between underground and surface. The mountain ranges are representative of the Hajar Mountains in their desert montane attributes and are dry with little to no soil structure as a consequence of high erosion rates and house a light splattering of native trees and shrubs. That being said they provide the right kind of habitat for Arabian leopards and Arabian Tahr that were last seen in the wild in the area. The wadi systems on the other hand are relatively green and where permanent water is present they give way to veins of lush green vegetation that permeates this dry barren landscape. The majority of the biodiversity is found in these wadis as they provide not only the water and food the fauna need, but they are also the corridors through which they navigate their way through the area. The alluvial plains are areas where some sedimentation does occur allowing for some plant growth, and after winter rains they tum into grazing hotspots as grasses cover these areas sometimes overnight. 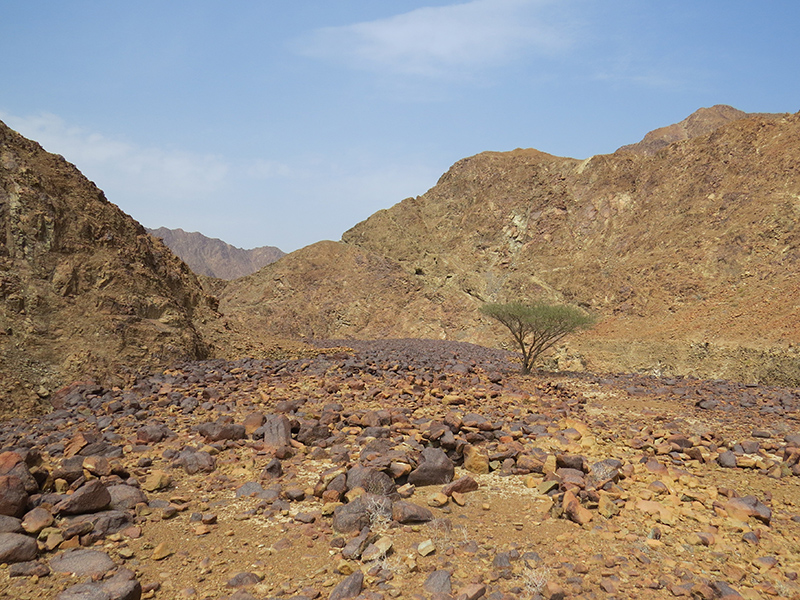 The total population in the area is estimated at 9100 people living as permanent residents, while seasonal visitors are estimated to be around 51000. The population of the local community comprises of Emiratis, South Asian, Arabs and small populace of south East Asian countries. The local citizens depend on public sector jobs with many also having farms and involved in fishing activities. As mentioned the area around the BR also holds a large expat population who work as skilled workers (blue collar and white collar), technical support, farmers, fisherman, and household under the employment of either public or private sectors. Main economic activities include agriculture, fishing, small scale handiworks and commercial activities.