The Biosphere Reserve spreads over a huge area, comprising almost 7 million hectares and a wide range of bioclimatic areas, like the humid Mediterranean part and the hyper-arid Sahara. Its highly effective system of oases protects the territory from desertification and provides a living for a very rich biodiversity, as well as for the population, who depend mostly on agriculture.

The biosphere reserve also hosts the World Heritage Site ‘Ksar of Ait-Ben-Haddou’, designated for its architectural and historic value. 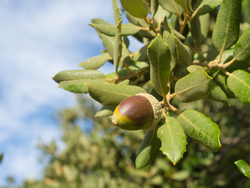 The Oasis du Sud Marocain consists of two ecoregions. The metideranean ecoregion features deserts and temperate grasslands, while the Saharan ecoregion in the northeast features mixed mountain and highland systems.

It has rich agro-diversity, including large areas with date-palms, acacia forests and other high-altitude forests covered with Juniperus thurifera, J. phoenicea, Quercus rotundiforia, among others.

In fact, the Biosphere Reserve is the main place of endemism in North Africa, as well as being home to most of Moroccan species, like 63% of the birds, 60% of reptiles and 66% of all mammals present in the country. For instance, the area is home to Gazelle dorcas, gazelle de cuvier (Gazella cuvieri), barbary sheeps (Ammotragus lervia), houbara bustards (Chlamydotis undelata) and cobras (Naja haje).

The population of the Oasis du Sud Marocain has been settled in this area for thousands of years. Most of their economic activities come from agriculture, especially from the production of cereals, potatoes, olives, and, mainly, dates, which is the backbone of the local economy.

Lately, the cultivation and processing of new products, like apples, roses and henna, have increased the income of the farmers in a significant way.