Social and Human Sciences Sector - Who's Who

Bioethics and Ethics of Science 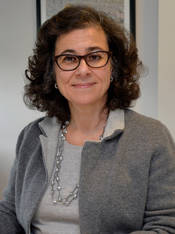 Nada Al-Nashif took up her duties as Assistant Director-General for Social and Human Sciences at UNESCO on 16 February 2015.

She is the holder of a BA in Philosophy, Politics and Economics (1987) from Balliol, Oxford University and a Master’s in Public Policy (1991) from the Kennedy School of Government, Harvard University.

As a development economist and practitioner, she serves in an advisory capacity on several boards, notably the Boards of Trustees of Birzeit University and the Human Development NGO, Taawon.

Field Network in Asia and the Pacific

Field Network in Latin America and the Caribbean