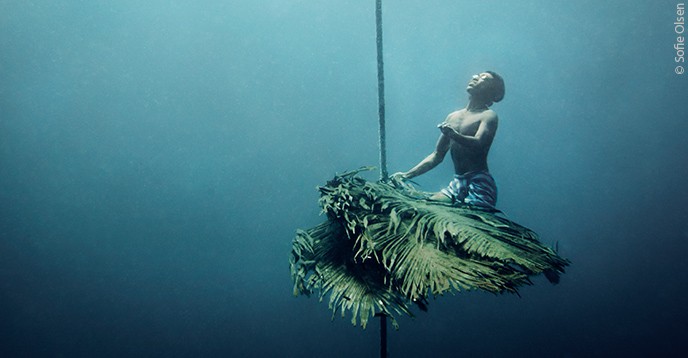 Fishermen from the Moken community living on the Surin Islands in the Andaman Sea and off the west coast of Thailand create artificial underwater reefs with palm leaves to lure fish.

At least a quarter of the world’s land area is traditionally owned, managed, used or occupied by indigenous peoples. But while their knowledge is increasingly being recognized, it is rarely taken into account by researchers and policymakers.

The Karen inhabitants of the village of Hin Lad Nai, nestled in the lush forests of Chiang Rai province in northern Thailand, have practised rotational shifting cultivation for centuries. This sustainable slash-and-burn cultivation technique – once mistakenly criticized for contributing to climate change – has been used around the world to regenerate the land and support biodiversity.

Small patches of forest are cleared of trees and shrubs, before controlled burns are undertaken, to put nutrients back into the soil. A diverse range of crops is then planted for a limited period, after which the area is left fallow, or allowed to rest. Eventually, the forest grows back, and the cycle is repeated.

In this way, the community creates a mosaic of habitats in the forest, with different stages of farming and regrowth. At a time when honeybees are declining worldwide, three different species of wild bees are thriving in Hin Lad Nai. The honey harvested from fallow areas is of a higher quality than that from the forest, and is sold at markets across Thailand.

The case of the villagers of Hin Lad Nai is just one example of many. Environmentalists are becoming increasingly aware of the role that indigenous peoples play in defending their natural heritage. The importance of harnessing their traditional ecological knowledge to defend the earth’s depleting biodiversity was clearly recognized by the Global Assessment Report of the IPBES, released in May 2019.

The importance of harnessing traditional ecological knowledge has been recognized

UNESCO has long supported this initiative, particularly through the LINKS programme, which hosts the IPBES technical Support Unit on Indigenous and Local knowledge.

Many indigenous communities live in isolated and often highly biodiverse areas, where living in balance with nature is crucial for survival. As keen observers of their environments, indigenous peoples often possess knowledge linking various phenomena to ecosystem change – changes in weather patterns, for example, or the impacts of new species coming into their territories.

For example, centuries of knowledge about tsunami waves allowed the Moken or “sea nomads” of the Andaman Sea along the west coast of Thailand to stay safe when the deadly tsunami struck their villages in 2004.

This knowledge is also used to make seasonal forecasts and predict weather patterns. The pastoralists of East Africa are able to predict when and where the rains will fall – by observing the flowering patterns of trees, and the behaviour of insects and birds. These biological indicators are observed by scouts roaming the landscape, to determine where and when the cattle herds should move.

This indigenous knowledge is not static. It is constantly being enriched to include knowledge of new phenomena that affect the environment. The First Nations communities in northern Canada have observed changes in the hunting behaviour and pack dynamics of wolves, and consequent declines in caribou populations. These changes are attributed to the roads and pipelines that now dissect their forests.

Indigenous knowledge systems include values for managing the relationship of humans with biodiversity. In their conception, “nature” often includes animals, plants, the earth, humans and spirits – all tied in reciprocal kinship relationships. Humans are not considered superior to nature, and nature does not exist to serve humans.

For some indigenous communities, animals are believed to present themselves as gifts to hunters – gifts to be respected and cherished through rituals. The meat is shared with other community members and animals, as seen notably in whaling communities in Alaska. A complex system of customary institutions, regulations and taboos serve to inform and regulate their relationships with their environments.

However, today indigenous peoples globally find themselves on the front lines of environmental and social change. Agriculture, logging and industrial development increasingly damage or destroy highly biodiverse areas, and ancestral lands are often seized or invaded and converted to farms and monocrop plantations. These interventions are sometimes accompanied by violence. Waters are increasingly polluted, and animals and plants are harvested at unsustainable rates, leaving little for indigenous communities to eat, and disrupting traditional livelihoods.

Efforts to integrate indigenous populations into national societies also threaten their way of life. Formal education with teachers in classrooms can reduce opportunities to learn on the land with elders. Paradoxically, efforts to conserve biodiversity, such as establishing protected areas or imposing bans on harvesting some species, can also prove to be a threat – as they can prevent indigenous people from accessing food and traditional spaces.

Educated by the elders

Indigenous communities have much to teach us. But efforts to integrate indigenous  knowledge into western science are often unsuccessful, as it is largely oral or experiential. Researchers and decision makers tend to consult written records of indigenous knowledge, rather than engaging with the people themselves.

Even so, there are a growing number of good examples and best practices for collaborations with indigenous peoples around biodiversity research, education, management and decision-making. But these examples often hinge on indigenous peoples being considered equal partners.

There are a growing number of collaborations with indigenous peoples

Rather than subjects to be researched, indigenous communities can be supported to be designers of research projects – developing questions, methodologies and results that make sense to them. The Exchange for Local Observations and Knowledge of the Arctic (ELOKA) project, which works with the indigenous knowledge of the Inuit around sea ice, is an example of this.

School curricula can be developed by and for indigenous peoples, to encourage and facilitate learning on the land from elders, rather than only in classrooms. This approach is being increasingly explored by Canada’s First Nations communities, and the Native communities of Hawaii in the United States.

It is now time for indigenous peoples to have full control over decisions affecting their lands, water resources and communities, so that they can directly apply their knowledge to implement decisions that are biodiversity-friendly. Where this can be achieved, the benefits to people, the planet, and biodiversity will be considerable.

Biosphere reserves: Mobilizing against deforestation in the Amazon