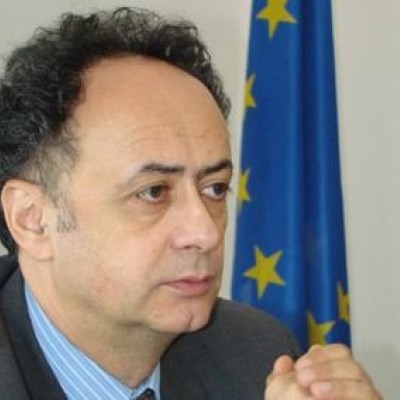 Hugues Mingarelli began his career as a financial analyst in Paris (1979-82) before joining the European Court of Auditors successively as director in charge of auditing the Structural Funds (1982-1984) and the European Fund Development (1985-1987).

After a three-year mission to the Directorate General for Development (DG DEV) of the European Commission, Mr. Mingarelli joined the Directorate General for External Relations (DG RELEX) as Head of Unit for the Community of Independent States (1990-99: implementation of cooperation agreements, management of the TACIS program). He then led the European Agency for Reconstruction in respect of the Community assistance to the Republic of Montenegro, the Republic of Serbia, Kosovo and FYROM (2000-02).

Within the DG RELEX, Mr. Mingarelli then occupied the functions of the Director for Eastern Europe, Caucasus and Central Asia (2002-07) and the Director for the Middle East and the southern shore of the Mediterranean Sea (2007). Between 2007 and 2011, he oversaw all of these regions of Eastern and Mediterranean neighbours as Deputy General Manager (Eastern Europe, Caucasus, Central Asia, North Africa, Middle East, and European Neighbourhood Policy).

Since January 2011, Mr. Mingarelli is Managing Director for the North African regions, the Middle East, the Arabian Peninsula, Iran and Iraq, at the European External Action Service (EEAS).