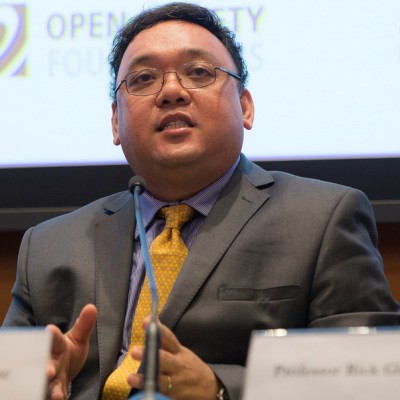 Exploring case studies and experience across the world

He is the lead counsel in a number of public interest cases. Among these are Vinuya v. Executive Secretary where he represented surviving victims of mass rape, commonly referred to as “comfort women,” the Adonis case before the UNHRC questioning the Philippines’  criminal libel law, a direct challenge to the constitutionality of the libel law in the Philippines in the Cybercrime Prevention Act case, and in Ninez Cacho- Olivarez, et al v. Juan Miguel Arroyo, a class action suit in behalf of journalists against the First Gentleman’s indiscriminate filing of libel cases to harass journalists and to muzzle freedom of the press. He also represents 15 heirs of the victims of the Ampatuan Massacre in the multiple murder cases being tried before the Quezon City Regional Trial Court. He holds degrees in Bachelor of Arts in Economics and Political Science (University of Michigan, with honors), Bachelor of Laws (University of the Philippines College of Law) and a Master of Laws (London School of Economics, with merit).