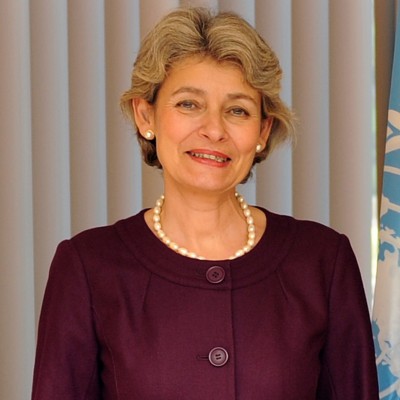 Irina Bokova has been the Director-General of UNESCO since 15 November 2009, and was reelected for a second term in 2013. Before, Irina Bokova was Minister for Foreign Affairs, Coordinator of Bulgaria-European Union relations and Ambassador of Bulgaria to France, Monaco and UNESCO and Personal Representative of the President of the Republic of Bulgaria to the "Organisation Internationale de la Francophonie" (OIF).  As Secretary of State for European integration and as Foreign Minister, Irina Bokova has always advocated for European integration. Active member of many international experts’ networks, active in civil society and especially President and founding member of the European Policy Forum, she has worked to overcome European divisions and to foster the values of dialogue, diversity, human dignity and human rights.