The seventh UNESCO Science Report was released on 11 June 2021. Queries may be addressed to the editor.

Since 1993, seven reports have been published. The series monitors the evolution of the support system for science, technology and innovation worldwide over time, through the eyes of an independent team of experts who are each writing about the country or region from which they hail.

The first chapter provides a global overview. Each subsequent chapter begins with an introduction placing the country or region under study in its socio-economic and political context. On the basis of the most recent data available − many of which are provided by the UNESCO Institute for Statistics − the author(s) then goes on to identify and discuss emerging trends and developments in scientific research and higher education, before concluding with a number of policy recommendations.

The series was interrupted in 2000 by the decision of UNESCO’s Executive Board (AR, CH, FR, SP, RU) to re-examine UNESCO’s policy governing world reports. The Board subsequently decided to launch a series of world reports on cross-cutting themes related to UNESCO’s work. This gave rise to two reports, the UNESCO World Report: Towards Knowledge Societies (2005, AR, CH, FR, SP) and the UNESCO World Report on Cultural Diversity and Intercultural Dialogue (2009, CH, FR, SP).

In order to avoid a gap in the data series, the editor of the World Science Report invited the UNESCO Institute for Statistics and consultant Peter Tindemans to prepare a statistical report in 2003, entitled Global Investment in R&D Today.

The World Science Report series was revived in 2004. In order to avoid confusion with UNESCO's new series of thematic world reports, the monitoring report was renamed the UNESCO Science Report.

All the reports in the series may be consulted online (see below) and purchased in various languages. 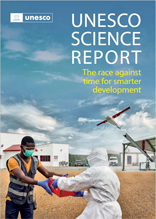 The seventh report in the series may be consulted and downloaded or purchased. It was released on 11 June 2021. The Executive Summary exists in eight languages: Arabic, Chinese, English, French, Hindi, Portuguese, Russian, Spanish. 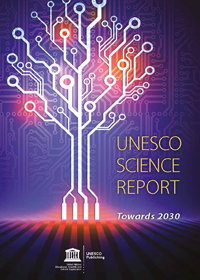 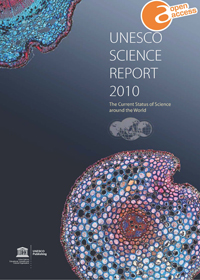 This fifth report in the series is freely accessible online in English and Chinese and may be purchased from UNESCO Publishing in English. The executive summary is available in Arabic, Chinese, English, French, German, Portuguese, Russian and Spanish.

Europe, Japan and the USA (the Triad) may still dominate research and development (R&D) but they are increasingly being challenged by the emerging economies and above all by China. This is just one of the findings of the UNESCO Science Report 2010 launched in Paris on 10 November 2010.

Written by a team of independent experts who are each covering the country or region from which they hail, the UNESCO Science Report 2010 analyses the trends and developments that have shaped scientific research, innovation and higher education over the past five years, including the impact of the current global economic recession, which has hit the Triad harder than either Brazil, China or India. The report depicts an increasingly competitive environment, one in which the flow of information, knowledge, personnel and investment has become a two-way traffic. Both China and India, for instance, are using their newfound economic might to invest in high-tech companies in Europe and elsewhere to acquire technological expertise overnight. Other large emerging economies are also spending more on research and development than before, among them Brazil, Mexico, South Africa and Turkey.

If more countries are participating in science, we are also seeing a shift in global influence. China is a hair’s breadth away from counting more researchers than either the USA or the European Union, for instance, and now publishes more scientific articles than Japan.

Even countries with a lesser scientific capacity are finding that they can acquire, adopt and sometimes even transform existing technology and thereby ‘leapfrog’ over certain costly investments, such as infrastructure like land lines for telephones. Technological progress is allowing these countries to produce more knowledge and participate more actively than before in international networks and research partnerships with countries in both North and South. This trend is fostering a democratization of science worldwide. In turn, science diplomacy is becoming a key instrument of peace-building and sustainable development in international relations.

Taking up from where its predecessor left off in 2005, the UNESCO Science Report 2010 proposes a world tour of the status of science today that should enable ‘science watchers’ everywhere to decipher the trends that are shaping our rapidly changing world. 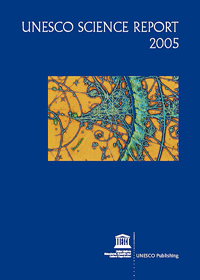 The UNESCO science report 2005 reviews the state of science around the world in the first years of the Third Millennium. Through the eyes of an independent team of experts, the report identifies and discusses emerging trends in research and higher education. Each chapter describes how research and development are organized in a given country or region. Who is performing R&D today? Where and with what means? What are the new priorities?

The report is intended to serve as an invaluable collection of facts, figures and analysis for anyone with an interest in understanding how contemporary issues are shaping science.

a series which periodically presents a global overview of the state of science. Its well-received predecessor, the World Science Report, was published by UNESCO in 1998. The next report in the series will be the UNESCO Science Report 2010, currently under preparation. 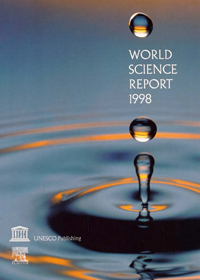 This third report in the series is freely accessible online in English and Chinese and may also be purchased from UNESCO Publishing in English, French and Spanish.

The third in a biennial series published by UNESCO, the World Science Report 1998 looks at the current state of science around the globe through the eyes of an international team of experts. Who is carrying out research and development, where and with what means? What has changed over the past couple of years? Informative and thought-provoking, each essay describes how research and development are organized in a given region or group of countries and identifies and discusses emerging trends in research and science education, including region- or country-specific issues. Wherever possible, the author's opinion is backed up by numerical data presented in an easily accessible form as tables or diagrams.

The second part of the Report examines three contemporary issues that have in common their global nature and ramifications for society as a whole. Separate chapters look at how science is helping to safeguard our two most basic commodities - food and water - in a context of rapid demographic growth and environmental stress. Globalization, a leitmotiv throughout the first part of the Report, is also the subject of the concluding chapter, which discusses its impact on scientific communities in the developing countries.

Authoritative and readable, the World Science Report 1998 is an invaluable collection of facts, figures and analysis for all those with an interest in understanding how science is shaping around the world, be they decision-makers, science watchers or active participants in the scientific enterprise. 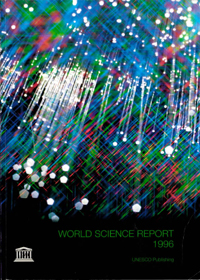 This second report in the series is freely accessible online in English and French and may also be purchased from UNESCO Publishing in English, French and Spanish.

The new edition of this important periodic publication from UNESCO reviews and updates the state of science and technology around the world. It describes and quantifies the recent trends in scientific education and research and development and addresses many of the specific problems faced by each region or group of countries.

Some of the most important issues in science and technology of the last few years, of interest both to the scientific community and to society at large, are discussed in the second part of the book. Among these are biodiversity, environmental degradation, the ethics of science and international cooperation in megascience. Particular attention is accorded to recent developments in the new technologies and their impact on society, with chapters on information technology, biotechnology and materials sciences and engineering.

The final part is devoted to the gender dimension of science and technology. Its authors, making use of a wide variety of sources, describe the existing disparity in this field, and analyse the main social and educational barriers faced by women in gaining access to scientific careers and decision-making bodies.

The World Science Report 1996 is written by an international team of widely regarded authors. It is an essential source of facts, figures and discussion information for all those who want to know how present-day science is organized and how it functions. 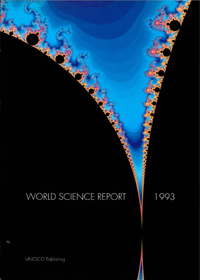 This first report in the series is freely accessible online in Arabic, Chinese and English.

The World Science Report series was launched by UNESCO in 1993. Each report in the series reviews the current state of science around the world, from an organizational and a substantive point of view.

The World Science Report 1993 is made up of four major parts. The first part contains a collection of essays which together constitute an informative and thought-provoking review of the state of science and technology in various regions of the world. The second part describes how scientific R&D is organized - who carries it out, where, and with what means. International partnership and cooperation are discussed in Part 3, while the fourth part carries overviews of recent developments in the basic sciences. The Report concludes with an appendix of statistical tables on national and regional scientific activity and manpower.

The World Science Report is both authoritative and readable. Written by authors recognized in their respective fields, the text is packed with facts, figures and discussion on present-day science. As a source of information, this work is a guide for all those with an interest in the shape of science and technology around the globe, be they decision makers, practitioners of science, active participants or observers.