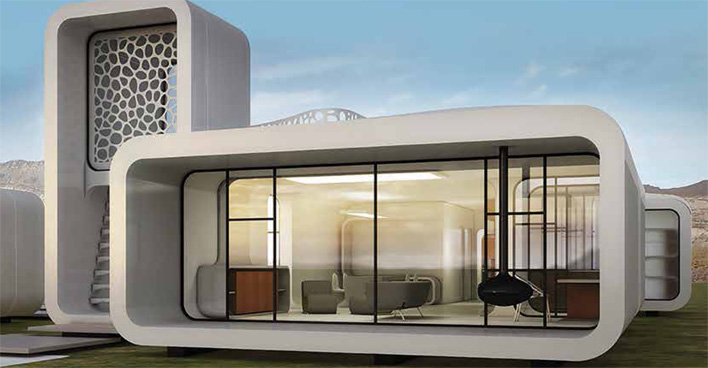 The period surveyed by this Report was characterized by the Arab Spring and ensuing political instabilities in much of the Arab region. Despite that, the region has been able to make progress in many measures of STI input and effort, most notably by doubling its publications intensity. It has also raised its R&D intensity as a region (0.30% GERD/GDP ratio on average in 2013, compared to 0.22% on average in 2007), although recent data are not available for all countries. Arab States as a group accounted for 1% of global R&D expenditure in 2013, up from 0.8% in 2007. But the richest Arab countries have played a modest role in this progress. 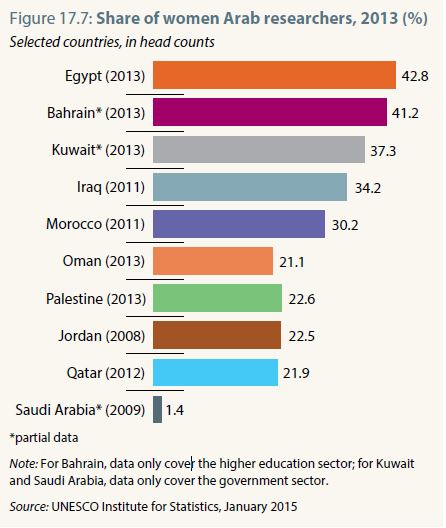 Nevertheless, ingredients of stronger focus on STI in the future are present among the Arab states. Although women’s economic participation is generally low in the region, science and research is one area where Arab states are closer to gender parity than, for instance Europe: Egypt (43% women) and Bahrain (41%). In ten Arab countries, women represent between 34% and 57% of tertiary graduates in science, engineering and agriculture, a relatively high ratio. 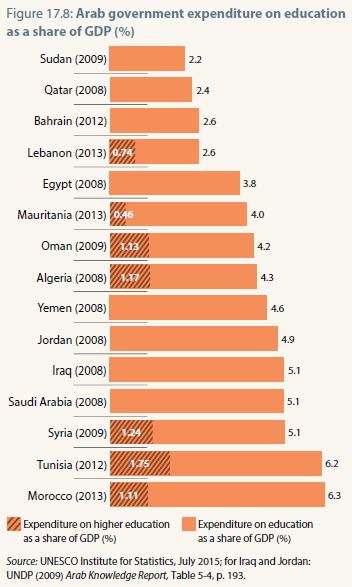 Arab states are launching joint initiatives to better interconnect university curricula to the needs of the economy. In 2014 the Arab League’s Educational, Cultural and Scientific Organization (ALECSO) and UNESCO decided to establish an online observatory of science and technology, which will host a portal for research projects, as well as an inventory of Arab universities and scientific research centres, patents, publications and Master’s and PhD theses in digital format. 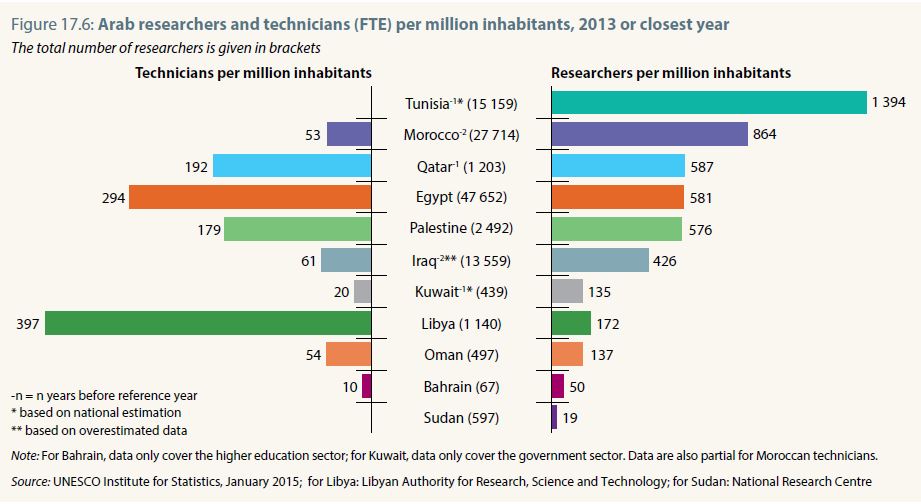 Egypt has been able to step up policy focus on knowledge economy as an engine of much needed economic expansion. The previously dormant Zewail Park of Science and Technology has been revived and an observatory of STI created to improve data collection and analysis. A 2014 constitutional mandate tasks the government to raise R&D expenditure to 1% of the GDP from its 2013 level of 0.68%, which is typical of middle-income economies.

Morocco, one of the technologically most-advanced Arab countries – for instance in terms of the high-tech content of production and exports –, also leads for the business’ share of R&D investment. Elsewhere in the region too governments are trying to bring in the business community from the cold, as is recognized in the Arab Strategy for Science, Technology and Innovation adopted in March 2014.  Morocco has the ambition of becoming the African leader in both wind and solar energy. It inaugurated Africa’s biggest wind farm at Tarfaya in 2014 and is currently developing a massive solar firm in Ouarzazate.

Some of the oil exporting Arab countries are taking steps to encourage technology transfer and uptake to develop renewable energy production. For example, through its Renewable Energy and Energy Efficiency Programme adopted in 2011 Algeria is planning to install 22 Gigawatts of solar power generation capacity through 2030 and continue to be a major energy provider beyond a possible depletion of its fossil fuel reserves. Despite low levels of R&D reported, other oil rent economies have also intensified their pursuit of scientific excellence. Qatar and Saudi Arabia have seen meteoric rise in scientific publications not only in quantitative terms but also in quality, as indicated by different measures of citation and relevance (e.g., share in the top 10% of articles).

Of the world’s 50 or so synchrotron-light sources only a few are in developing countries. The Synchrotron-light for Experimental Science and Applications in the Middle East (SESAME) – first in that region – is expected to become operational in mid-2016 through a collaborative project involving Bahrain, Cyprus, Egypt, Iran, Israel, Jordan, Pakistan, the Palestinian Authority and Turkey under the auspices of UNESCO.