The Meeting of States Parties

The Meeting of States Parties to the Convention is the sovereign body of the Convention, composed of the States that have ratified. The Meeting provides strategic guidance for the implementation of the treaty and takes all measures it deems necessary to promote its objectives.

Convened in ordinary session by the Director-General of UNESCO every two years, the Meeting may meet in extraordinary session at the request of a majority of the States Parties.

Sessions of the Meeting of States Parties 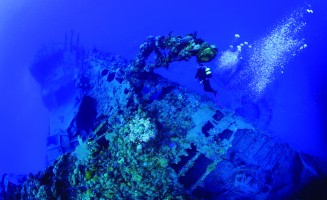 Eighth session of the Meeting of States Parties 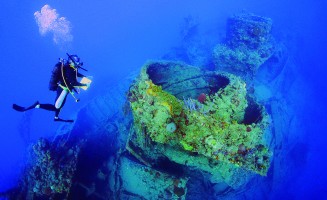 Seventh session of the meeting of States Parties 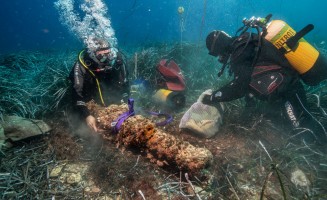 Sixth Session of the Meeting of States Parties

The Scientific and Technical Advisory Body (STAB) of the 2001 Convention is a subsidiary body of 14 experts elected by the Meeting of States Parties that provides advice to the Meeting in scientific and technical matters. It assesses compliance with the Rules of the Annex to the Convention in all activities directed at underwater cultural heritage, and also contributes to capacity building, to the development of national action plans, and to guiding States Parties in the implementation process.

The STAB generally meets once a year but also operates through missions and electronic procedures. These meetings bring together Advisory Body members, representatives of accredited NGOs, and the Secretariat. Experts qualified to assist the Advisory Body may be invited to speak.

At meetings, the recommendations of the advisory body shall be adopted by consensus of its members or, in the absence of consensus, by a majority vote.

Meetings of the Scientific and Technical Advisory Body (STAB) 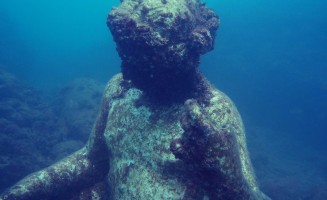 Twelfth meeting of the Scientific and Technical Advisory Body 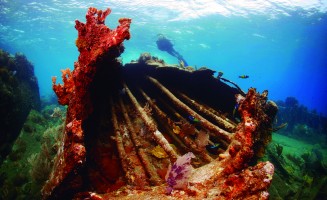 Eleventh Meeting of the Scientific and Technical Advisory

First extraordinary meeting of the STAB

Current Members of the Advisory Body

Barbara Davidde Petriaggi is Director of the Soprintendenza nazionale per il patrimonio culturale subacqueo - National Superintendency for Underwater Cultural Heritage -Ministry of Culture (MiC -Italy) since the half of December 2020.  Since February 2021 she is also Director ad interim of the Soprintendenza per i beni archeologici artisti e storici per le province di Brindisi e Lecce (Lecce). (MiC- Italy). On 2011- 2020 she was Director of the Underwater Archaeology Operation Unit (NIAS) at the Istituto Centrale per il Restauro - Central Institute for Restoration - MiC. Since 2017 to 2020, she was also Underwater Archaeology Official at the Istituto Centrale per l’Archeologia - Central Institute of Archaeology (ICA- MiC).
Since 2001 she is visiting professor at the Roma Tre University, where she teaches underwater archaeology. On 2019 to 2021 she was Member of the Scientific and Technical Advisory Body (STAB) - the 2001 UNESCO Convention on the protection of the Underwater Cultural Heritage (UCH)-UNESCO, Paris, France. Since 2001, she focused her research activities on the in situ restoration of underwater cultural heritage as a researcher in the Restoring Underwater Project. Since July 2011 she is designer and scientific coordinator of several national and international projects for the development of technologies for underwater archaeological research and  for the conservation and enhancement of underwater cultural heritage.

Dolores Elkin is an Argentinean archaeologist (PhD 1996) with a tenure research position at the country´s National Council for Scientific and Technical Research (CONICET). She is based at the National Institute of Anthropology (Ministry of Culture), where she is in charge of the Underwater Archaeology Program. She is Professor at the University of Buenos Aires, contributing to the development of the speciality both at undergraduate and postgraduate levels, but she has also conducted many outreach initiatives within the sport diving community and the general public. She has been in charge of several research and management projects, most of them involving shipwrecks from the 18th, 19th and 20th centuries, the main one being the 18th Century sloop of war HMS Swift. All those projects have taken place in Patagonia and Tierra del Fuego. She has more than 100 publications including books, scientific papers and book chapters, and publications for the general public.  She has organized and participated in many national and international scientific meetings and is affiliated with several organizations.

Ouafa Slimane is a researcher in the department of underwater archaeology studies at the National Heritage Institute of Tunisia. She defended her thesis on the maritime landscape of the northern coast of Tunisia in Roman times in 2009 at the University of Paris 4 Sorbonne. She oversees the study, management, preservation and development of the northern coast of Tunisia and Cape Bon underwater cultural heritage. She also teaches underwater archaeology at the University of Tunis. She is a representative of the Ministry of Cultural Affairs in various national and international commissions. She has co-directed numerous research and training programs in the framework of international cooperation between the National Heritage Institute and institutions and organizations specialized in underwater cultural heritage.

Marnix Pieters is an archaeologist (with a degree in history and soil science), specializing during his PhD in the material living world of medieval and modern fishing societies in the North Sea. He has been part of the Flanders Heritage Agency, since 1992, first as a scientific collaborator, and from 2015 as archaeological research director.

Marnix Pieters has been involved in numerous archaeological operations such as, between 1992 and 2005, the large-scale excavation project of a medieval fishing settlement in Walraversijde (Ostend, Belgium) that led to the opening of the museum-site devoted to the medieval fishing folk. Since 2013, he is a guest professor at the Université Libre de Bruxelles where he teaches master courses on coastal and maritime archaeology.

He contributed to the ratification of the 2001 Convention in 2013 by Belgium and the improvement of the federal laws in 2014 and 2021 for the protection of underwater cultural heritage.

Auron Tare is the Executive Director of the Albanian Center of Marine Research. He is one of the founders of Butrint National Park, a World Heritage Site of UNESCO and the First Director of the World Heritage Site of Butrint. He has worked for many years in mobilizing interest and support among many international organizations and institutions to protect and preserve heritage.

Kalin Dimitrov is an archaeologist with scientific interest in the development of ancient societies, settlement patterns, early exchanges and sea faring along the Western Black sea coast. Holding a PhD, he is since 2016 the director of the Centre of Underwaterarchaeology of the Ministry of Culture of Bulgaria in Sozopol.

Kalin Dimitrov was director of numerous underwater and terrestrial archaeological projects in Bulgaria among which are the international project “Maritime Archaeology Project (M.A.P.) Black Sea” and the excavation of the sea pile dwelling sites of Ropotamo and Sozopol. Since 2010, he is a researcher at the National Archaeological Institute with Museum at the Bulgarian Academy of Sciences.

Andrej Gaspari is associate professor for Roman Archaeology and acts as the head of the Department of Archaeology at University of Ljubljana. As experienced archaeologist-diver and founding member of the Underwater Archaeology Workgroup at the Institute for the Protection of Cultural Heritage of Slovenia (2002–2007), he engages in the research of sites in the Adriatic Sea and internal waters. He collaborates in designing management schemes for the protection and promotion of underwater cultural heritage in the framework of maritime spatial planning and fosters international cooperation in the region.

Helena Barba Meinecke graduated with a degree in Mexican Archaeology  from the National School of Anthropology and History in Mexico, and is a professional scientific diver. At present she is the head of Underwater Archaeology in the Yucatan Peninsula and the Underwater Archeology Vice directorate, INAH.

Mirta is anthropologist with a specialty in Archaeology  and Ethnohistory. Magister Scientiarum in Conservation and Restoration of Monuments. Doctor in History of Architecture. Diplomate in Nautical and Naval History and is a specialist in Foresight and Strategy.

Director of Archeology and the research program at the Panama Viejo Archaeological Site - including the curatorship of the museum and the ruins - since 2010. Editor of Canto Rodado, journal specialized in Cultural Heritage since 2014. She is a professor of Archaeology at the University of Panama and the Central University of Venezuela.

She belongs to the International Council of Archaeology and Monuments (ICAHM) of UNESCO, ICOMOS of Panama, since 2014, on the Board for the period 2019-2022, and is part of the Network of Museums and Visitor Centers of Panama. On the scientific committee of the Ibero-American Colonial Urbanism Research Network, since 2014.

Abdoul Aziz Guissé, a trained historian, was a history and geography teacher, then an itinerant pedagogical advisor for about fifteen years. Current Director of Cultural Heritage, Mr. Guissé worked for nearly 15 years at the Directorate of Cultural Heritage where he was Head of the Division of listed historical sites and monuments.

He was in charge of a mission at the Ecole du Patrimoine Africain EPA - Porto Novo (Benin) in 2006 and at the African World Heritage Fund headquarters based in Midrand, South Africa in 2008. Abdoul Aziz Guissé has taken an active part in all the inventory and documentation activities of tangible (2004-2007) and intangible (2014-15 and 2018-19) cultural heritage.

Member of the African World Heritage Experts Network since 2006, of the ICOMOS International Panel of Experts since 2016 and of the Intangible Cultural Heritage Facilitators Network since 2019, he was one of the pedagogical coordinators of the Francophone training courses for African heritage professionals for the inscription of properties on the World Heritage List from 2007 to 2013 (Benin, Mali, Rwanda, Congo, Côte d'Ivoire, etc.) and the general coordinator of the international seminar on "Experiences of World Heritage Management in Africa" (Morocco, 2014).

Emmanuel Adeniyi Odekanyin is an Underwater Heritage Specialist and Cultural Officer with the Federal Ministry of Information and Culture of the Federal Republic of Nigeria. He has been working with the UNESCO Division of the Ministry for over a decade and has been responsible for the implementation of the UNESCO Cultural Conventions ratified by Nigeria.  He is at present the focal person for underwater cultural heritage activities in Nigeria.

Lesa La Grange is the acting head of the South African Heritage Resources Agency’s Maritime and Underwater Cultural Heritage unit. She obtained her Master’s degree in Archaeology from the University of Cape Town in 2015 and went on to obtain a certificate in Heritage Resources Management and a Class IV Department of Labour Commercial Diving Licence the following year. She has worked with various institutions as a lecturer, consultant, and archaeological collections assistant. She was elected to the STAB in June 2019.

Emad Khalil is Professor of Maritime Archaeology at the Alexandria University, Egypt. He is the founding Director of the Alexandria Centre for Maritime Archaeology and Underwater Cultural Heritage, and an Academic Fellow at the Centre for Maritime Archaeology, University of Southampton, UK. Since the early nineties, Emad Khalil contributed to projects in the field of maritime and underwater archaeology including the Pharos Lighthouse Underwater Excavation, the Sadana Island Shipwreck Excavation, the Northwest Coast Shipwreck Survey, the Lake Mareotis Research Project, the Thistlegorm Documentation Project and, at present, he is directing the Marsa Bagoush Survey Project, funded by the Honor Frost Foundation.