A ‘State Party’ to the International Convention against Doping in Sport is a country that has ratified, accepted, approved or acceded to this international instrument, and is therefore legally bound by its provisions.

When a country decides to ratify this Convention, it should take into consideration the following important mechanisms:

For ease of use, please consult the model instrument

Logo of the Convention 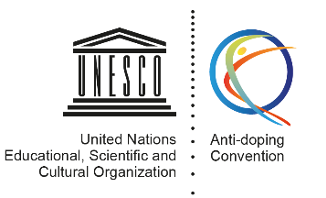 The logo of the Convention was adopted by the Fifth Session of the Conference of the Parties (Resolution 5CP/3):

The use of the logo of the Anti-Doping Convention is governed by the provisions stipulated in the operational directives included in Resolution 5CP/3.