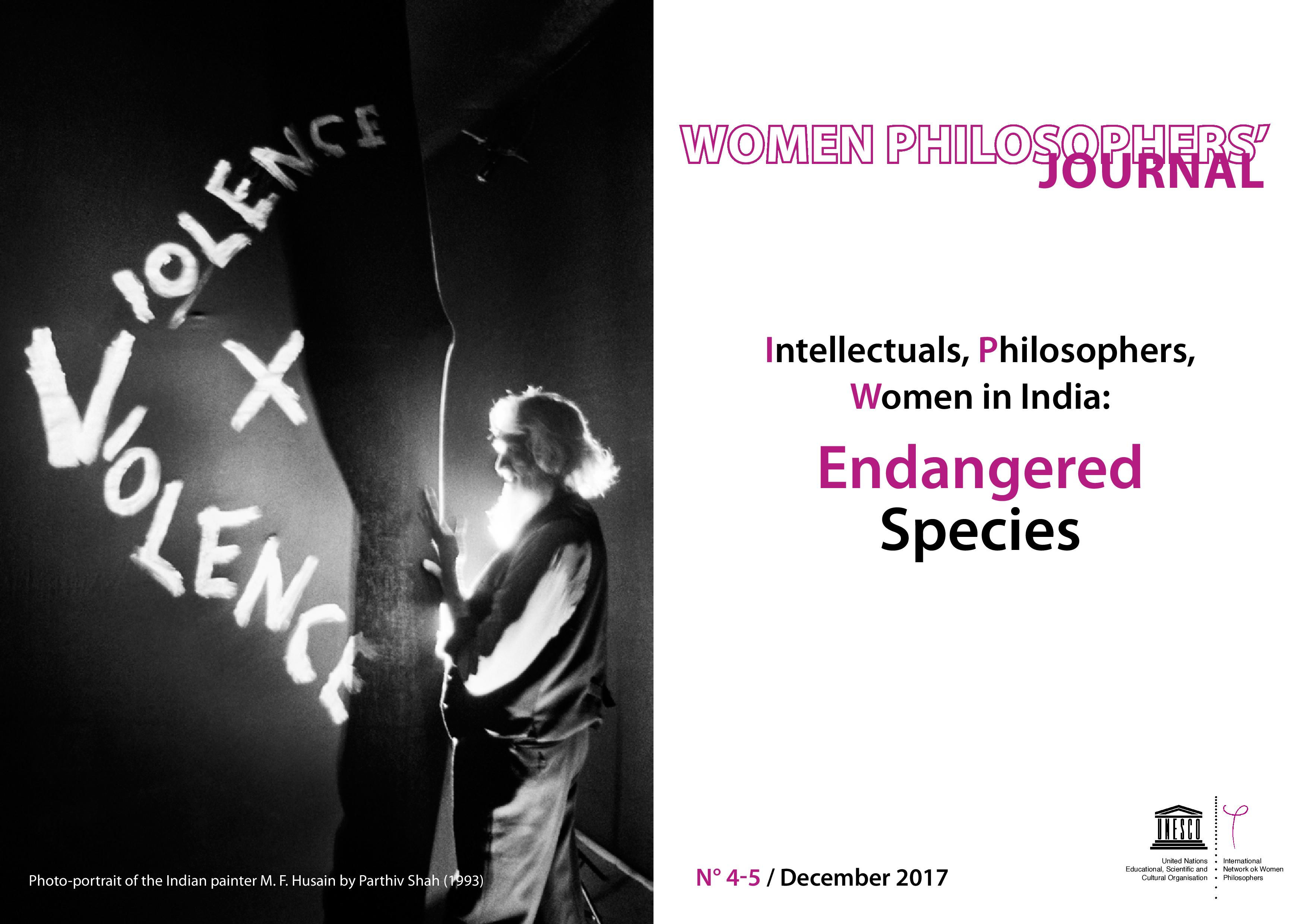 If we question the (wo)man in the street about “women in India”, some received ideas soon emerge. These received ideas, supported by statistics, are alas true. Women remain unborn: females are victims of fœticide and infanticide (44.3% versus 32% in the world). They obey their family and caste in marriage (85% of marriages are arranged, 18% of brides are under 15 years old, 44% under 18 years old); their dowry is heavy for their family; they are trafficked as sex workers and increasingly as brides far from home, isolated in a culture and a language they do not know. Ladki apne maa-baap by bojh hoti hai, “the girl is a burden for the parents”,—so goes the saying in Hindi. Rapes are numerous and go unpunished. They are the subjected to honor killing. They are domestic slaves; they do slave labour in the mines. They have more limited access to education (with 67% adult literacy compared to males), a higher drop-out rate at university (whic is already 48% by secondary school) especially in science, they quickly hit the glass ceiling.

Even if the law and customs are evolving – since the late nineteenth century women are no longer burned on the pyres to accompany their husband in death – all this is still true.

However, it is not primarily of these discriminations that this issue speaks, although they constitute the background of all the analysis. For it is less than ever possible to isolate the plight of women in India from the general socio-political situation that determines what is happening to them today. Hence the title we have chosen: “Intellectuals, philosophers, women in India: endangered species”.

It all began in a meeting with Romila Thapar, the legendary historian of ancient India, whose interview opens this issue. We then found it necessary to have a guest editor, Divya Dwivedi. And this choice itself is worth describing as a part of the situation that engages this issue of the Women Philosophers’ Journal. As her name suffices to make known in Indian society, she is of the caste of the Brahmins – as Romila Thapar, or Gayatri Chakravarty Spivak belong to the Brahmin caste, all “upper castes”. That makes her therefore “untouchable”, in a totally different sense than the dalits, the “untouchables”. Untouchable in a very relative sense, for even in the higher castes the woman intellectual is not worth the man intellectual. She is a philosopher and a literary scholar, English is her mother tongue as much as Hindi, and she found herself compelled to reflect on what postcolonial is, what it serves in the subcontinent, and what it is in the name of. Not making the post-colonial the first and the last word undoubtedly allows us to clarify with greater precision what is happening to women, philosophers and intellectuals in India today.

The Women Philosophers’ Journal is an online journal available in English and French.

The opinions expressed in the Journal are those of the authors and do not necessarily reflect the views of UNESCO.