SESAME (Synchrotron-light for Experimental Science and Applications in the Middle East) is a third generation 2.5 GeV synchrotron-light source in Allan (Jordan) and the first major international research centre in the Middle East. it was officially opened on 16 May 2017. SESAME is an intergovernmental organization set up under the auspices of UNESCO and modelled institutionally on CERN. It is now a fully independent intergovernmental organization. UNESCO, which is the depository of the Organization’s Statutes, played a vital role in getting the project started, and has provided unfailing support thereafter. 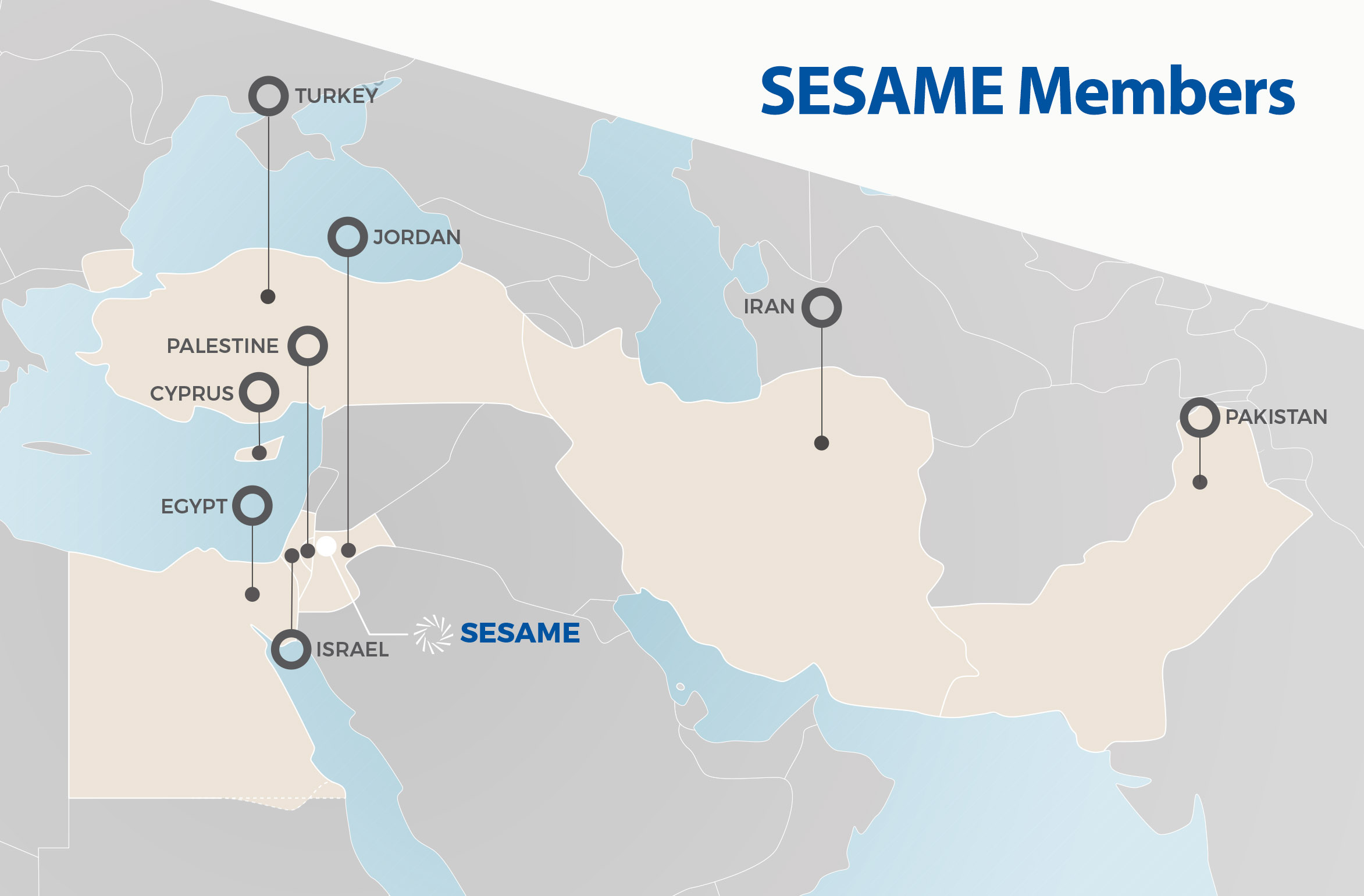 The Observers are Brazil, Canada, China, France, Germany, Greece, Italy, Japan, Kuwait, Portugal, the Russian Federation, Spain, Sweden, Switzerland, the United Kingdom and the United States of America, as well as CERN and the European Union.

UNESCO helps in integrating SESAME in the community of UNESCO partners in science and promoting its participation in UNESCO’s science programmes in research, training and science education, particularly those in the basic and applied sciences, in fostering awareness and participation of its Member States and partners in the activity of SESAME, and in advising Members States on opportunities for their participation in SESAME and the expected returns this would bring for their national science and technology and science-based development. 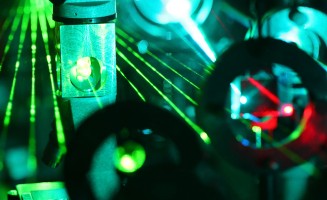 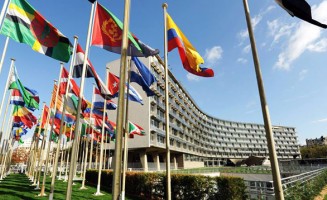 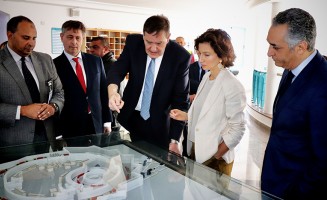 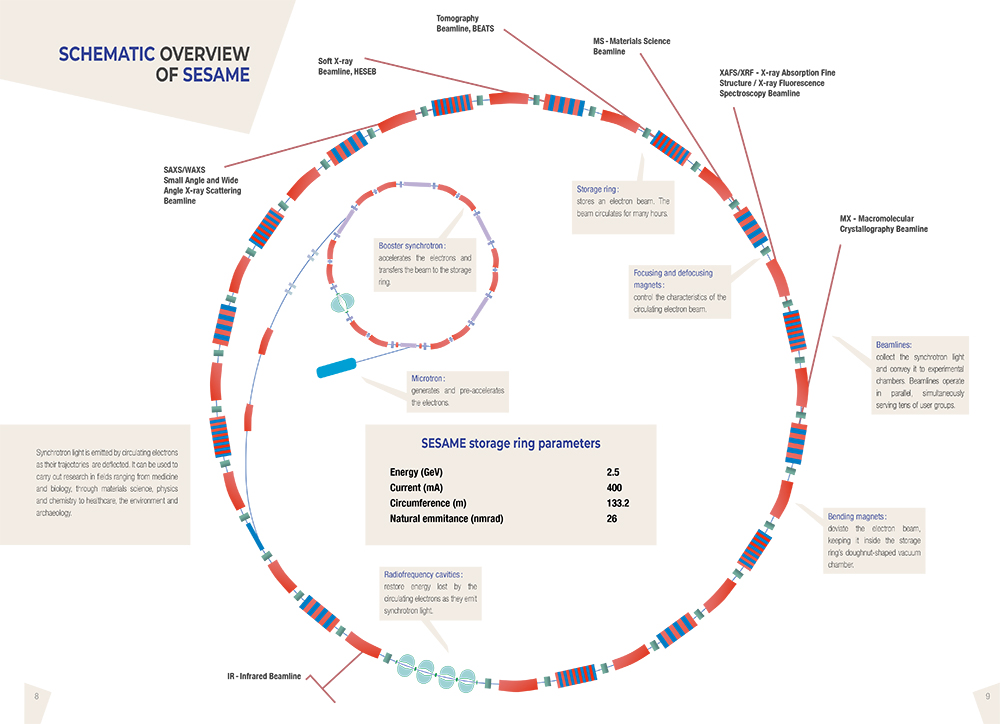 Three of SESAME’s beamlines are now in operation and hosting users. They are the XAFS/XRF (X-ray Absorption Fine Structure/X-ray Fluorescence) spectroscopy, IR (Infrared) spectromicroscopy, and MS (Materials Science) beamlines. Three more beamlines are under construction: one for X-ray tomography and two for soft X-ray spectroscopy. Two of these are expected to come on stream in 2022 and one in 2023. (Click on the image to enlarge.)

The users of SESAME are based in universities and research institutes principally, though not exclusively, in the region, thereby permitting networking with scientists both in and beyond the Middle East and neighbouring countries. They visit the laboratory periodically to carry out experiments, generally in collaboration, where they are exposed to the highest scientific standards in a stimulating environment for international collaboration. They then return home to analyze the data they have obtained.

SESAME’s 48-bedroom Guest House that accommodates users on its premises while conducting experiments serves as an informal meeting point where scientists with diverse cultural, political and religious backgrounds may exchange ideas and experiences and forge lasting links with each other.

Since SESAME opened its doors to users in July 2018, beam time has been granted for 165 proposals. This involves 83 user groups from 18 different countries – this would have been greater had it not been for COVID-19 which prevents travel – and the number of peer-reviewed papers presenting data obtained at SESAME’s beamlines that have been published in scientific journals has now reached 24. The experiments carried out so far (February 2021) ranged from topics such as novel materials for energy applications such as batteries and fuel cells; the biological analysis of algae; synchrotron-based infrared investigation of shock features in Martian and Lunar meteorites; the possible use of herbs for treating Alzheimer’s Disease; the study of arsenic in the rice grains and rice farm soils in Iran; and ancient manuscripts from the Quran.

The number of registered users, which in February 2021 stood at 915, has been fostered, and continues to be fostered, by a series of Users’ Meetings and training opportunities developed and supported by the IAEA, UNESCO, the European Union, various governments and many of the world’s synchrotron laboratories. As more beamlines are built, the number is expected to further rise substantially.