About the Natural Sciences Sector

UNESCO works to advance and promote science in the interests of peace, sustainable development and human security and well-being, in close collaboration with its Member States and a wide variety of partners. It is the only United Nations specialized agency, symbolized by the ‘S’ in the acronym, with a specific mandate for science.

The 2030 Agenda for Sustainable Development represents a significant step forward in the recognition of the contribution of Science, Technology and Innovation (STI) to sustainable development. Solutions to today’s global challenges such as climate change and youth unemployment need a multi-sectoral response and in this regard UNESCO mobilizes scientific knowledge in the context of its multidisciplinary mandate in education, culture, the social and human sciences and communication.

Since its foundation in 1945 UNESCO has acted as a catalyst for the establishment of many, now leading, scientific unions and bodies such as CERN; and initiatives with far-reaching implications for sustainable human security and well-being. UNESCO:

UNESCO’s international science programmes have long-standing experience in mobilizing the best available fundamental and applied science in their respective fields to serve Member States. They work to develop:

These programmes are supported by extensive networks and benefit from the concrete experience gained from the UNESCO designated sites: biosphere reserves, UNESCO Global Geoparks and natural sites inscribed on the World Heritage list.

In addition to these programmes, a body with functional autonomy within UNESCO carries out a specific mandate on ocean sciences: the Intergovernmental Oceanographic Commission (IOC-UNESCO).

The Natural Sciences Sector also implements its programmes through:

More than 250 of the UNESCO/UNITWIN University chairs are science related. 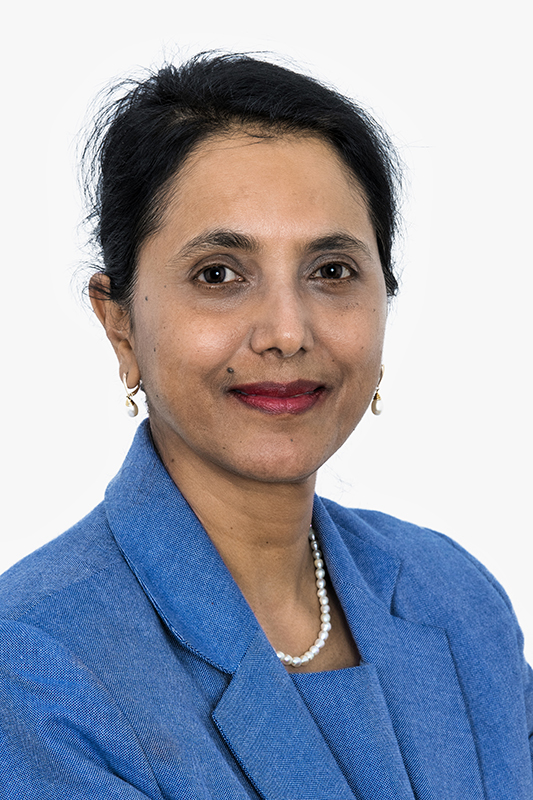 Shamila Nair-Bedouelle took up her duties as Assistant Director-General for the Natural Sciences at UNESCO on 1 April 2019.
She comes to UNESCO from the United Nations Environment Programme (UNEP), where she had served as Director of the OzonAction programme since 2012. Responsible for implementing the Multilateral Fund for the Montreal Protocol, she had coordinated a unique network of 147 national Ozone Action offices, providing developing countries with scientific and technical advice as to which alternative technologies to choose to the chemical substances depleting the Ozone Layer. A strong advocate for enhancing womens’ role in science and engineering, she launched UNEP’s first training programme for women technicians.

Shamila Nair-Bedouelle holds a PhD in Life Sciences from the University of Capetown in South Africa. She pursued her research career at the Institut Pasteur in Paris from January 1992 onwards then within the pharmaceutical industry at the MIT University Park in Boston, USA, from January 1994 until January 1996, when she integrated the French National Institue for Medical Research (Institut national de la santé et de la recherche médicale, INSERM). She has published in numerous scientific journals and is the co-inventor of several patents.
Dr Nair-Bedouelle has pursued her research interests in parallel to her career at the United Nations. She has been Director of Research at the University of Paris V in France since 2000 and was nominated First Class Director of Research at INSERM in 2017. She also has a strong interest in managing science programmes. From 2002 to 2007, she was seconded from INSERM to the European Commission to serve as scientific officer and deputy scientific coordinator of scientific programmes.

In January 2007, Dr Nair-Bedouelle was seconded from INSERM to UNESCO to head its Ethics of Science and Technology programme. Eighteen months later, she joined UNESCO’s Sector for Natural Sciences as Chief of the Unit for Africa’s Science and Technology Consolidated Plan of Action within the Division for Science Policy and Capacity-building. Here, she managed the United Nations Cluster for Science and Technology in Africa and represented UNESCO at the African Ministerial Council for Science and Technology. As Coordinator of the Working Group on Gender Equality at UNESCO from January 2010 onwards, she launched the first Science Camp for Girls in South Africa and coordinated science education projects on the continent.
Africa remained the focus of her work at the Africa Department, where she evaluated UNESCO’s scientific programmes on the continent from January 2012 onwards before taking up her new functions as Director of OzonAction at UNEP.

Section for Capacity Building in Science and Engineering (CB)