Homophobic and transphobic violence in education 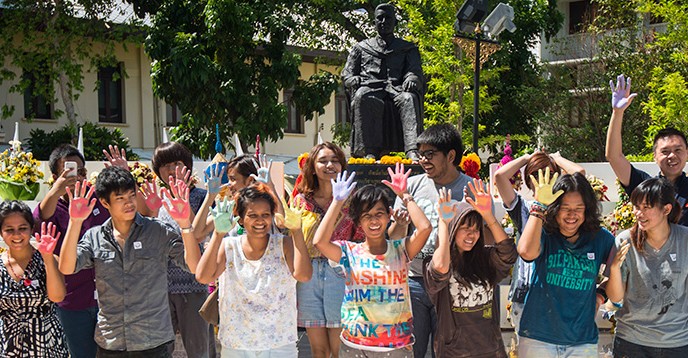 UNESCO recognises that no country can achieve Sustainable Development Goal 4 - to ensure inclusive and equitable quality education and promote lifelong learning opportunities for all - if students are discriminated against or experience violence because of their actual or perceived sexual orientation and gender identity.

UNESCO’s objectives in supporting education sector responses to homophobic and transphobic violence are to:

Violence based on sexual orientation and gender identity/expression is often directed at lesbian, gay and bisexual students (homophobia) and transgender students (transphobia), and others whose gender expression does not fit into binary gender norms, such as boys perceived as effeminate and girls perceived as masculine. As such, it is a form of gender-based violence.

It includes physical, sexual and psychological violence and bullying. A student is bullied when exposed repeatedly over time to aggressive behaviour that intentionally inflicts injury or discomfort through physical contact, verbal attacks, fighting or psychological manipulation.

In May 2016, UNESCO brought world leaders together for the #OutInTheOpen International Ministerial Meeting: Education Sector Responses to Homophobic and Transphobic Violence. A group of countries affirmed a Call for Action by Ministers for an inclusive and equitable education for all learners in an environment free from discrimination and violence, including discrimination and violence based on sexual orientation and gender identity/expression. Since then 56 countries have supported the Call for Action by Ministers and the deadline for countries to express their support remains open.

The event featured the UNESCO launch of the first UN Global Report on violence based on sexual orientation and gender identity/expression. Using the conceptual framework of the report, the Council of Europe, in partnership with UNESCO, developed a publication focused on the European region, Safe at school: Education sector responses to violence based on sexual orientation, gender identity/expression or sex characteristics in Europe.

UNESCO supported a global web-based consultation conducted by the youth organization MAG Jeunes LGBT in 2018, on how to make the 2030 Sustainable Development Agenda for education and health more inclusive of young LGBTI people. The inputs of more than 20.000 LGBTI youth were presented during the second conference of the Equal Rights Coalition (ERC) in Canada

In 2011 UNESCO convened the first-ever UN international consultation on homophobic bullying in educational institutions. The findings were presented in the publication Good Policy and Practice in HIV and Health Education – Booklet 8: Education Sector Responses to Homophobic Bullying (Chinese, English, French, Italian, Korean, Polish, Portuguese, Russian, Spanish), launched in Paris on the International Day Against Homophobia/Transphobia (IDAHOT) 2012. On the same day, UNESCO and the IDAHOT Committee published a  lesson plan for teachers and educators (French, German, Chinese and locally adapted in Lesson Plans for teaching about sexual and gender diversity for Thailand).

Through a three-year programme launched in November 2013 and supported by the Government of the Netherlands called EDUCATION AND RESPECT FOR ALL: Preventing and Addressing Homophobic and Transphobic Bullying in Educational Institutions, UNESCO supported regional and country-led activities in Asia-Pacific, Southern Africa, and Latin America and the Caribbean, including:

Improving the evidence base and documenting best practice