The 2018 UNESCO Director-General Report on the Safety of Journalists and the Danger of Impunity provides an overview of data collected by UNESCO on killings of journalists that took place between 1 January 2016 and 31 December 2017.

The report also analyzes the status of judicial enquiries of the killings recorded by UNESCO since 2006, based on information made available to UNESCO by Member States.

The following brochure summarizes the highlights of the 2018 UNESCO Director-General Report on the Safety of Journalists and the Danger of Impunity. The full Report will be submitted on 21 November during the Intergovernmental Council of the International Programme for the Development of Communication (IPDC).

The following languages are available: 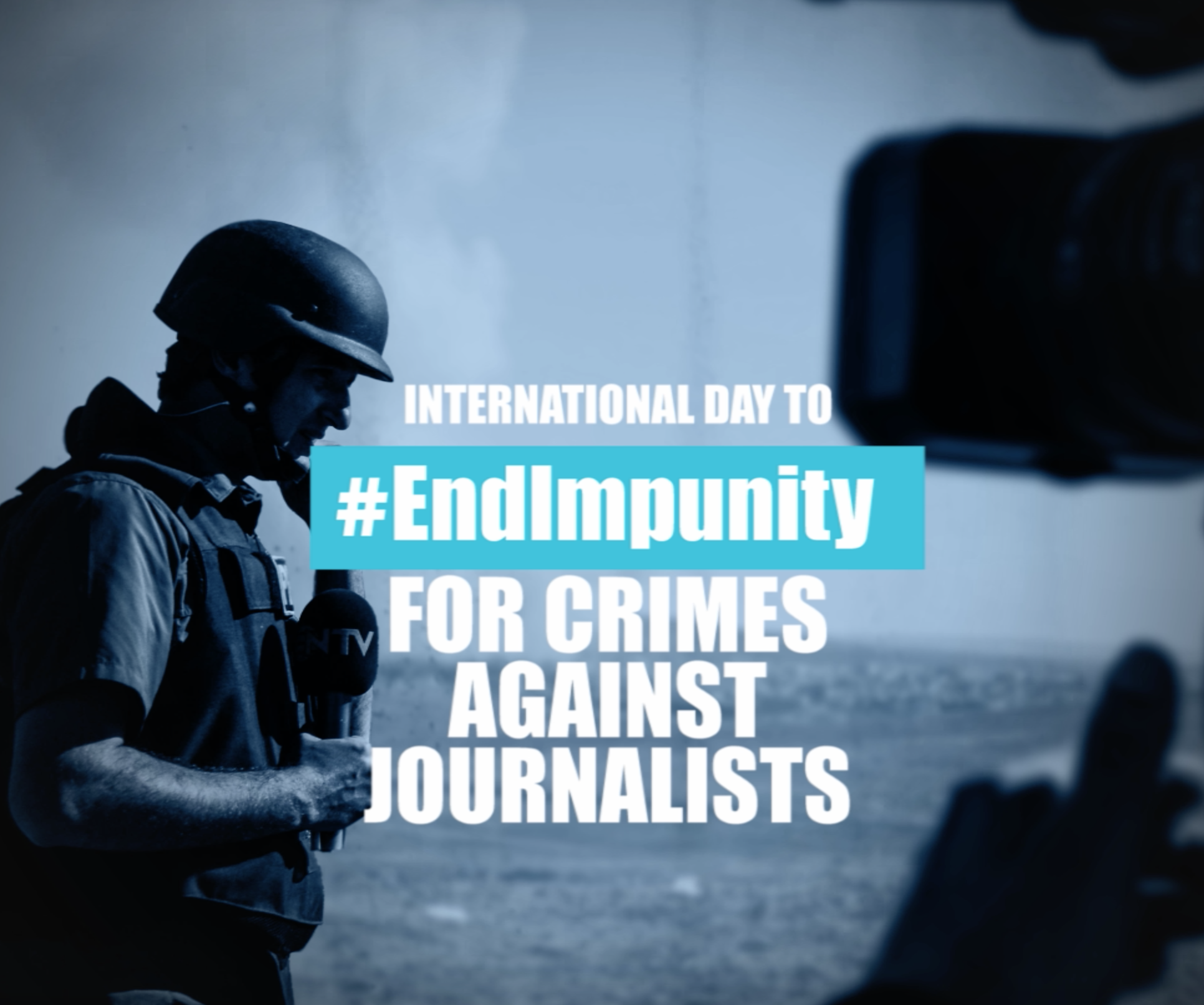 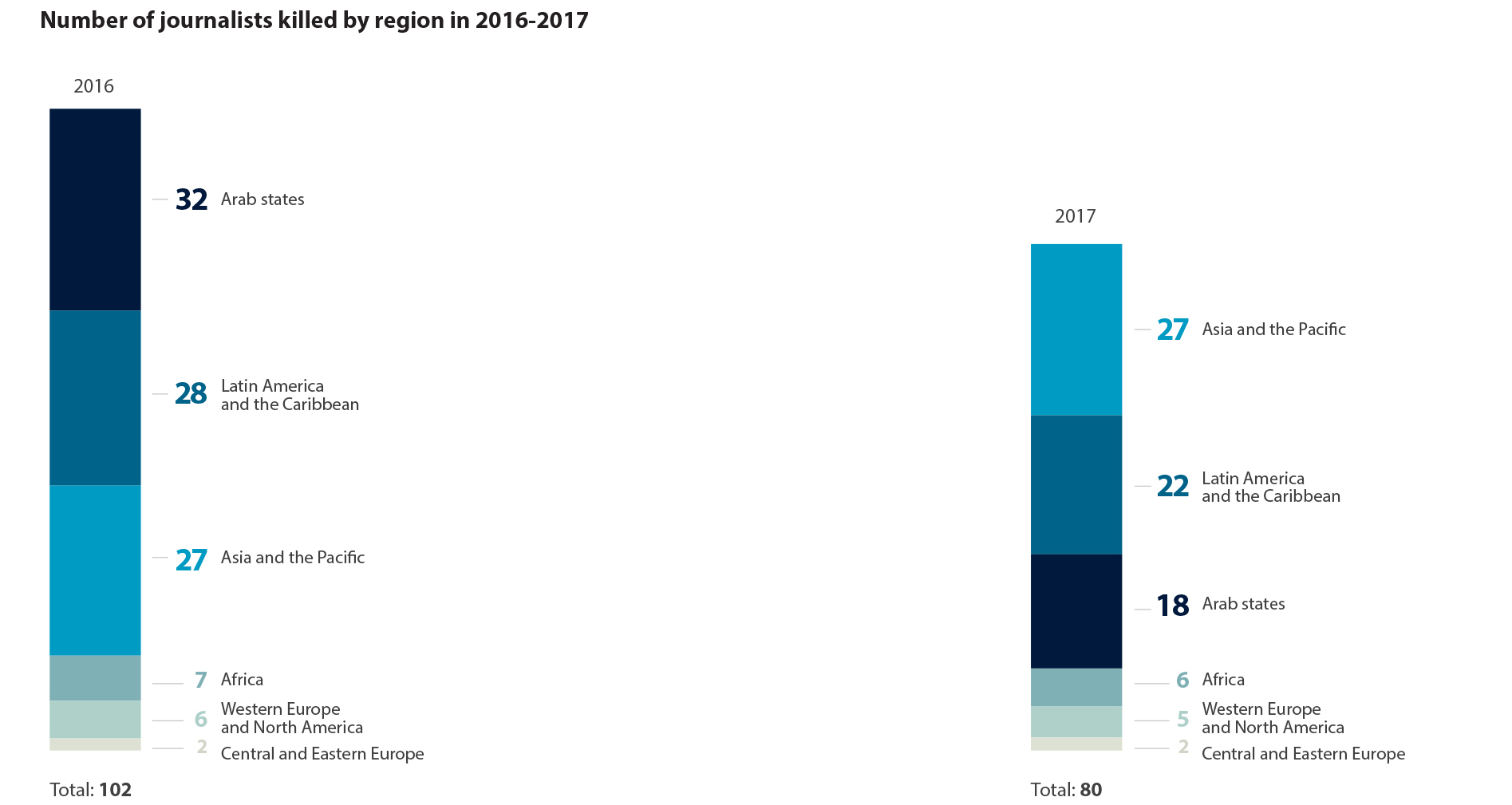 Killings of journalists appear to be decreasing since 2015. This trend may be contested in 2018, with more than 80 killings condemned by the UNESCO Director-General as of October 2018. (UNESCO observatory of killed journalists) 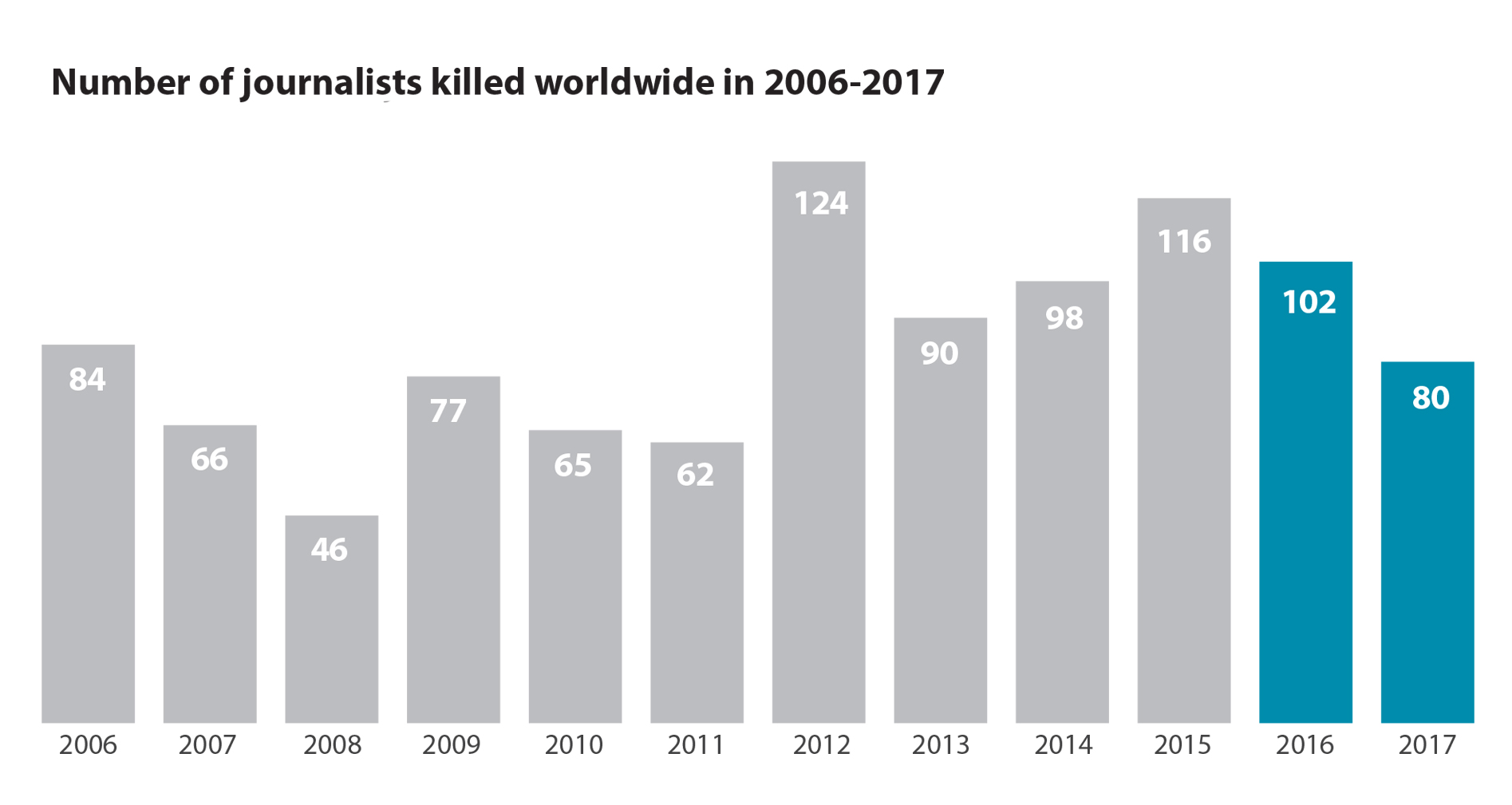 In 2017, UNESCO recorded the highest number of killed women journalists (11 victims) since the Organization started reporting on killings of journalists in 2006. Men continue to represent an overwhelming majority (86% in 2017) of victims of fatal attacks against journalists. 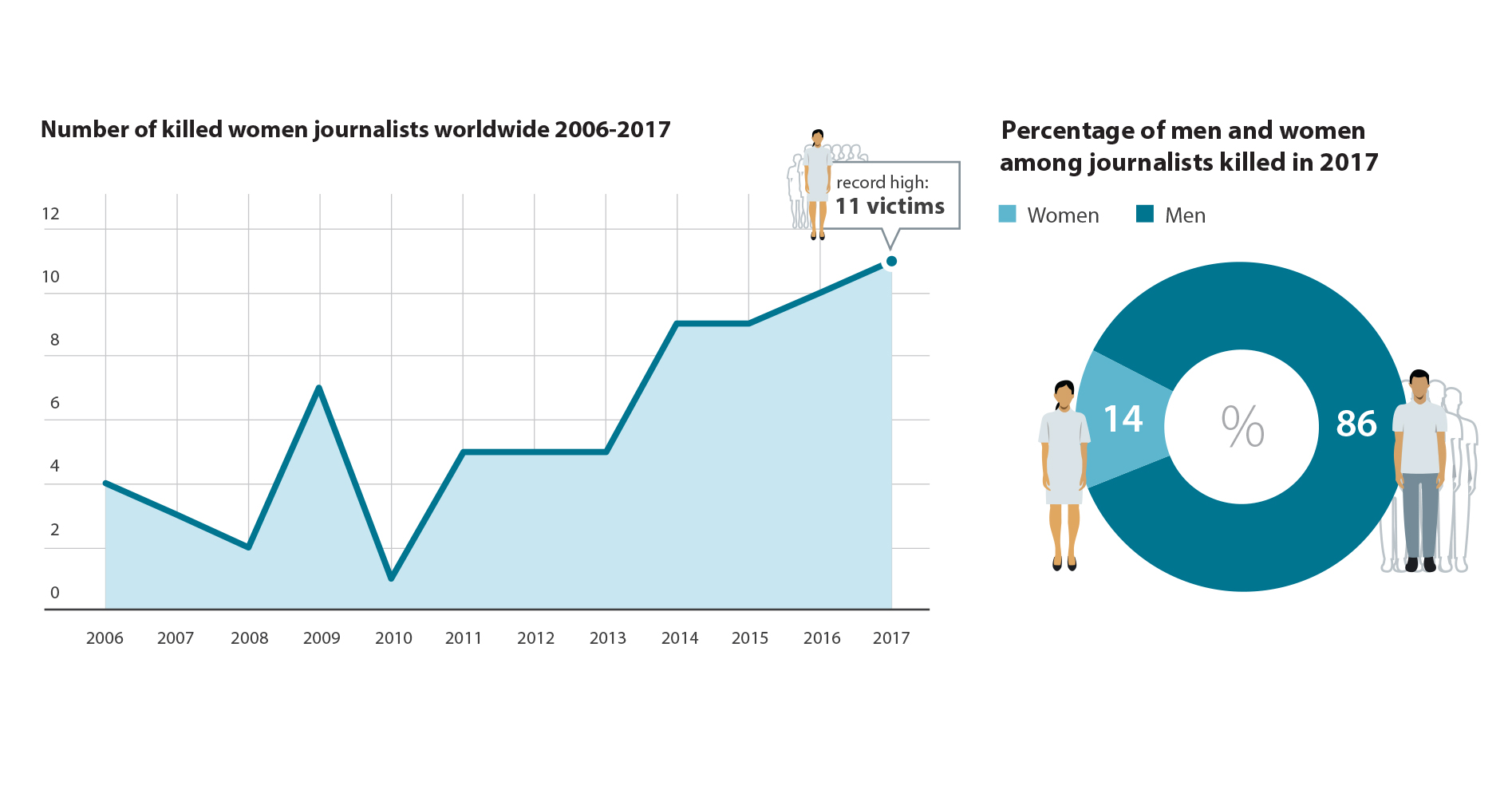 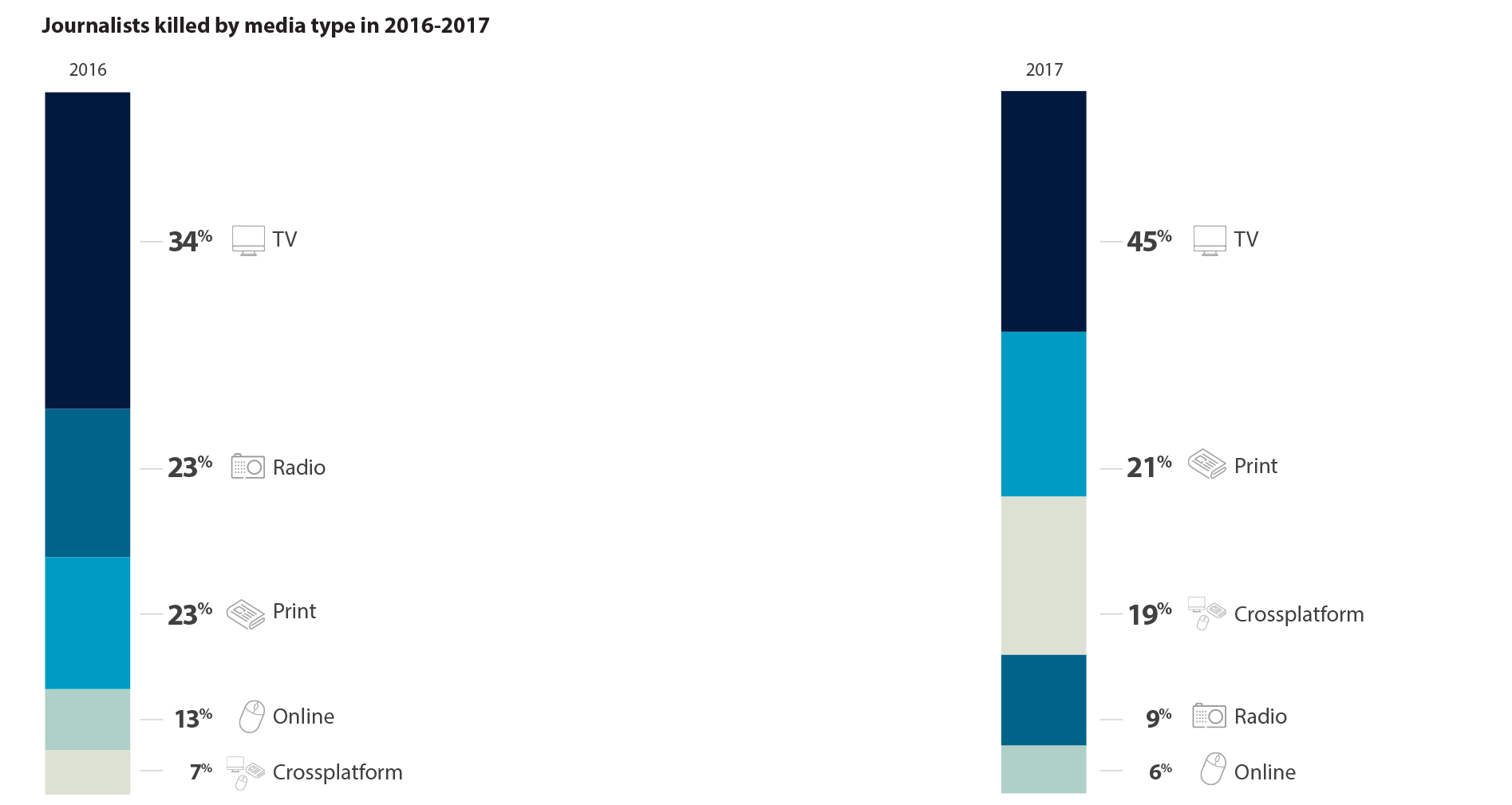 In 2017, local journalists represented 90% of all killed journalists and in 2016, 94%. In both years, less than one in 10 of the journalists killed was an international reporter. Of the 14 foreign victims in 2016-2017, half were killed in countries experiencing conflict.

Compared to media staff, freelance journalists are widely considered more vulnerable, since they often lack adequate protection and support from the media organization(s) they are working with. Over the two-year period, 34 out of 182 journalists killed were freelancers, accounting for 19% of all fatalities.

More killings occurring in countries with no armed conflict

Slight reduction in impunity rate, but most cases remain unresolved 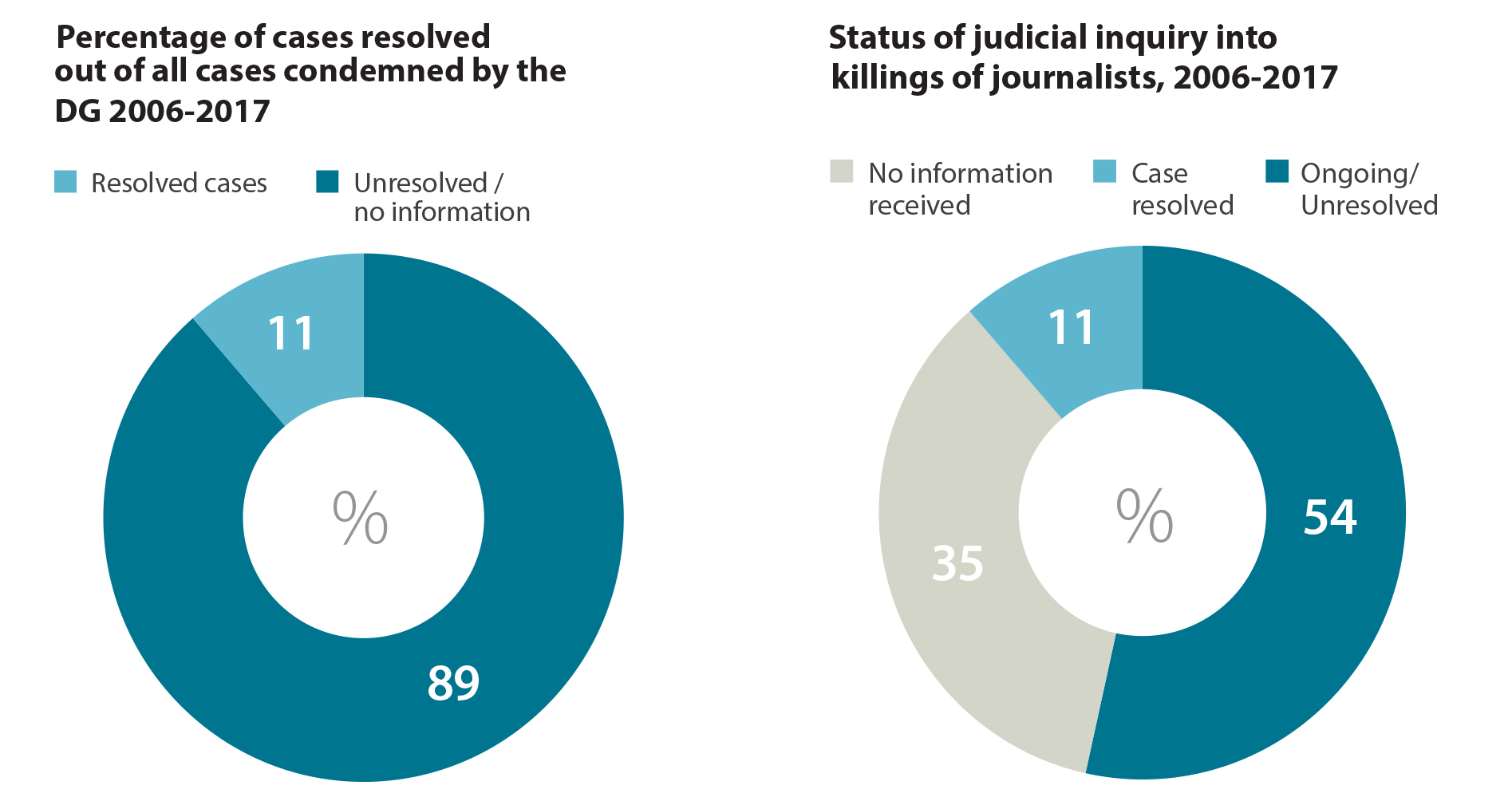 Of the 1010 cases condemned by the Director-General between 2006 and 2017, 115 cases were resolved according to the information provided by the national authorities of the country. This represents an overall resolution rate of 11%. 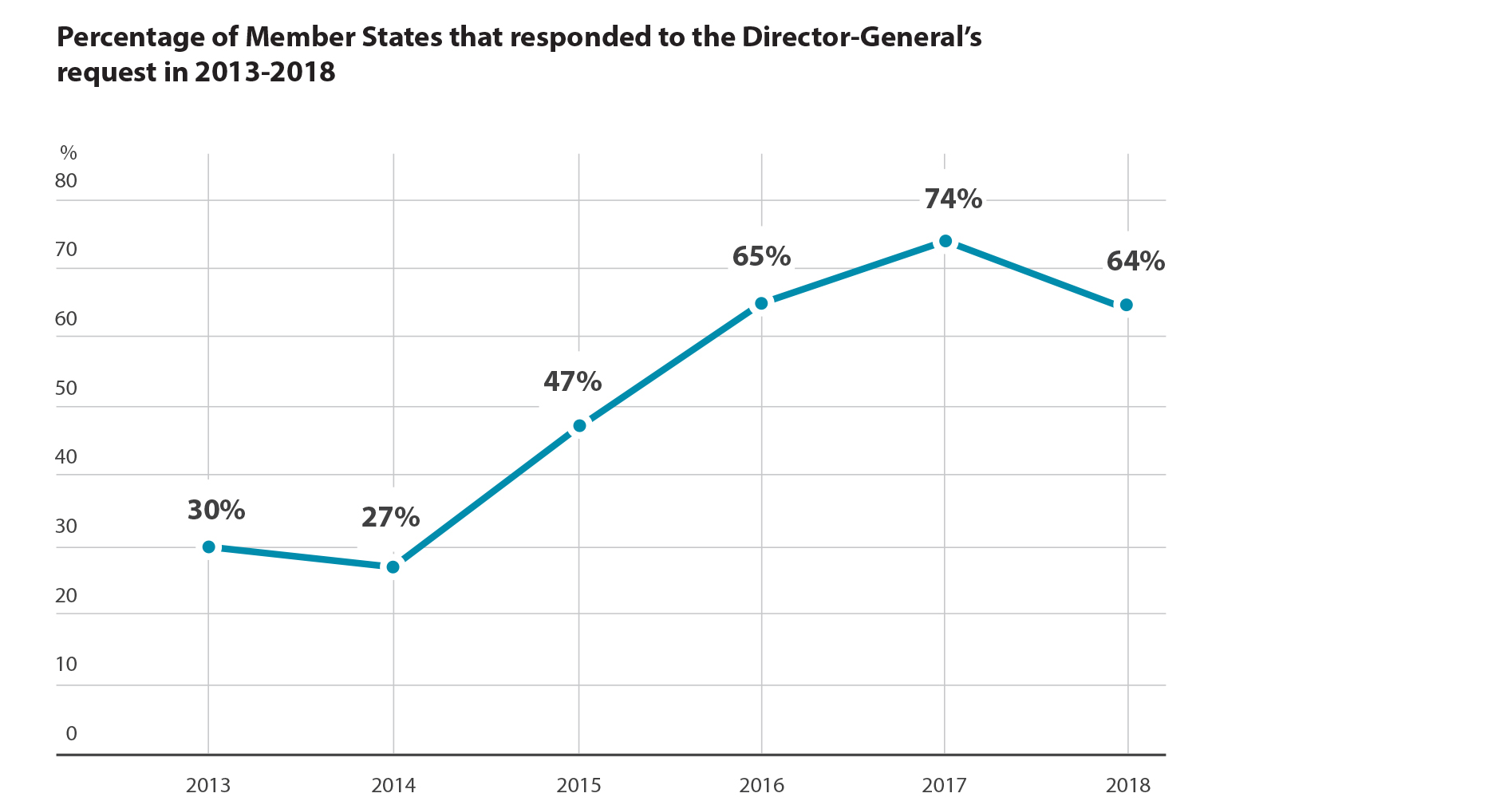