Community media has been historically important to Nepal and continues to provide a social service to the country. According to ACORAB, the Association of Community Radio Broadcasters Nepal, approximately 325 community radio stations in 77 different districts make up the membership of the network and work together in sharing knowledge and giving a voice to the communities they serve. 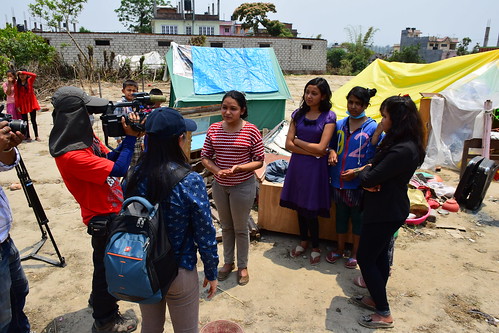 Despite the prevalance of community radio in the country, national legislation does not dissociate community media from private broadcasters. Both the National Broadcasting Act (1993) and the National Broadcasting Regulation (1995) render community media responsible to adhere to the same licensing rules as private providers. In addition, after the 2017 parliamentary elections, the restructuring of Nepal's governing levels has resulted in unclear boundaries between regulating authorities.

To bring attention to the necessity of addressing these issues, UNESCO plans to coordinate a number of consultations involving the primary government authorities, relevant media network representatives, community media members and experts. These dialogues will help to raise awareness among duty bearers for their responsibility in addressing regulating and licensing community media in an appropriate manner to promote its growth and sustainability. The training of community radio practitioners will also aid the Organization's efforts by building the capacity of policy makers and strengthening cohesion in networks, such as ACORAB and SANCOM (South Asia Network for Community Media).