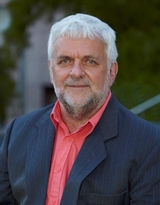 John Benseman has worked in adult literacy and related fields for over 40 years, primarily as a researcher and evaluator in the sector, but also as a teacher and administrator. John has a PhD in historical development of lifelong learning in New Zealand. While most of his career has been in formal tertiary institutions, he has also worked extensively in non-formal settings with NGOs, membership organisations and voluntary groups. John is widely published from his research and evaluation work, especially around his strong interest in research-informed practice where research findings are used to improve everyday practice. His most recent work was as the lead researcher in a series of large-scale evaluation studies of workplace literacy programmes (Effective workplace literacy and numeracy programmes: a research-based reader), evaluating family literacy programmes and identifying specific adult literacy and language programme and teaching strategies from research findings. In retirement John works as a research/evaluator for a local community development project and an adult literacy teacher. 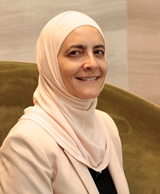 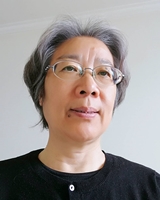 Ms. Dong received her Ph. D in Comparative Education, MA in Education with distinction and also the Associate of the Institute at Zhejiang University, China and Institute of Education, UK. Since early 1980s, Ms. Dong worked at Department of International Affairs and then the National Commission for UNESCO, Ministry of Education,China and currently serves as a member of Expert Committee of the National Commission in education issues related to UNESCO, during which, she worked for education at the Permanent Delegation to UNESCO of China. In 2012, she was seconded to UNESCO as a loaned expert working on UNESCO/China Funds-in-Trust Project on teacher education. She used to be a member of the first International Jury for UNESCO Confucius Prize. Her main works and articles included Ph. D and MA theses on quality EFA and Higher Education from comparative perspectives, a study report on four approaches to comparative education as well as a number of articles on comparative education in national education journals. In addition, she had two chapters devoted to the 1992/1997 World Yearbook of Education; one co-authored chapter on Comparative Education in Two Asian Contexts: a Juxtaposition and Some Questions in International Handbook of Comparative Education in 2009. . 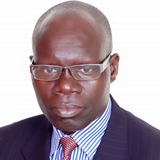 Dr. Willy Ngaka has a PhD & M.Ed from University of KwaZulu-Natal, PGD & Masters in Project Monitoring and Evaluation from Uganda Technology and Management University, MA (PAM) & BA from Makerere University; and Diploma in Education from Institute of Teacher Education, Kyambogo. He is the founding and sitting National Coordinator for the Centre for Lifelong Learning and a Senior Lecturer in the College of Education and External Studies at Makerere University. Dr Ngaka has passion for literacy and a plethora of publications in the field. He founded the Uganda Rural Literacy and Community Development Association and is the convener of National annual intergenerational, cross-cultural and multilingual literacy conferences in Uganda. One of his most recent articles the Journal of Language and Literacy Education published in 2016 is: Generational, cultural, and linguistic integration for literacy learning and teaching in Uganda. He is now finishing a book on Modernizing Agriculture or Reproducing Poverty in Uganda: An ethnographic study of subsistence farmers’ literacy practices, to be published by Fountain Publishers and an article on The role of orthography in adult literacy learning in African languages: The case of Lugbarati in Uganda that will be featured in the International Review of Education. He received UIL’s CONFINTEA research scholarship in 2016, a UNESCO scholarship to his best practices in literacy at UNESCO’s Kominkan-CLCs International Conference on Education for Sustainable Development in Japan in 2013; and International Literacy Association’s 2006 Elva Knight Research Award for best PhD research proposal. 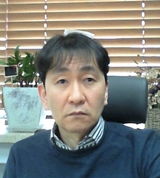 Tae Rin Cho is a linguist who studies Sociolinguistics and Language Policy & Planning in Yonsei University (YU), Seoul, Republic of Korea (ROK). - PhD. in Science of Language at University of Paris 10, France - MA. in Korean linguistics at YU - BA. in Korean language & literature at YU. He wrote many articles and books on sociolinguistics, language policy & planning and applied linguistics such as Korean Language Education. Now he is professor of Dept. of Korean language & literature at YU since 2016 and vice director of Institute of Language and Information Studies at YU. He is also vice president of The Sociolinguistic Society of Korea and vice president of the Association for Korean Linguistics. He was (Senior) Researcher of the National Institute of the Korean Language (2005~2013) and Professor of Dept. of International Korean & Koreanology Education at Daegu University in Gyeongsan, ROK (2013~2016).