Through the Tuol Sleng Genocide Museum (TSGM) archives preservation and digitization project, UNESCO aims to preserve and provide universal access to the historical archives of the “S-21” prison in Phnom Penh, Cambodia. From 1975-1979, the site served as an interrogation and extermination center, operated by the regime of “Democratic Kampuchea”, commonly known as the “Khmer Rouge regime”.

The TSGM archives project seeks to promote peace and intercultural dialogue, facilitate reconciliation efforts, and expand educational outreach, including through the preservation and digitization of the TSGM archives. Through the project, over 745,494 pages have been preserved, and nearly half a million digitised. Once finalized, the pages of the archives will be incorporated into a bilingual website facilitating access to rural Cambodians, youth, and international researchers. Within the framework of the project, UNESCO also provides technical assistance to build the capacity of the Tuol Sleng Genocide Museum staff to sustainably preserve and manage the archives.

The project is carried out in collaboration with the Ministry of Culture and Fine Arts of Cambodia, with generous support from the Korea International Cooperation Agency (KOICA).

The Tuol Sleng Genocide Museum archives constitute the most complete existing documentary record of the Democratic Kampuchea prison system and that of the mass atrocities committed under the so-called “Khmer Rouge regime”.

The museum archives contain photographs of over 5000 prisoners as well as their “confessions”—many extracted under torture—and other biographical records of prisoners, prison guards and Khmer Rouge officials. In 2009, the archives of Tuol Sleng Genocide Museum were recognized as World Documentary Heritage of international significance and were inscribed on the UNESCO Memory of the World Register. 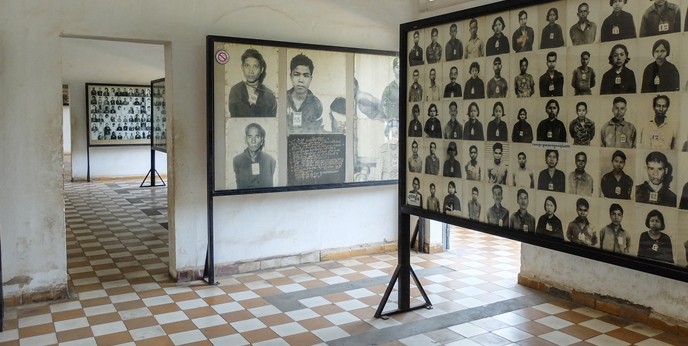 About the Tuol Sleng Genocide Museum

Tuol Sleng, or also known as prison number “S-21”, was one of the most notorious interrogation and extermination  centres of the “Democratic Kampuchea” regime (1975-79). Formerly a school building, S-21 served as a prison for more than 18,000 political prisoners and their families. Prisoners were systematically tortured and murdered on site or on the killing field of Cheung Ek. In 1979, the premises of “S-21”were secured as an important evidence for the crimes committed under the regime and turned into a museum. In 2010, the “Extraordinary Chambers in the Courts of Cambodia” (ECCC), also known as the Khmer Rouge Tribunal or the Cambodia Tribunal, delivered their verdict on the S-21 prison’s former director, Kaing Guek Eav, aka “Duch”, for crimes against humanity and war crimes.

Today, the Tuol Sleng Genocide Museum, hosts a permanent exhibition on the history of the site and serves as a memorial to those who were persecuted and killed under the Khmer Rouge regime. 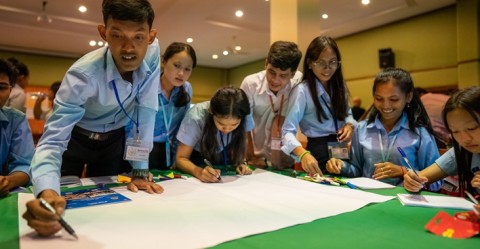 06 September 2019
“Amplifying the voices of the voiceless”: UNESCO supports preservation and dissemination of Tuol Sleng archives in Cambodia 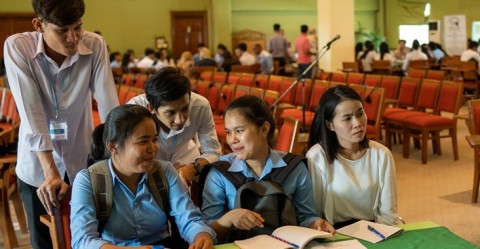 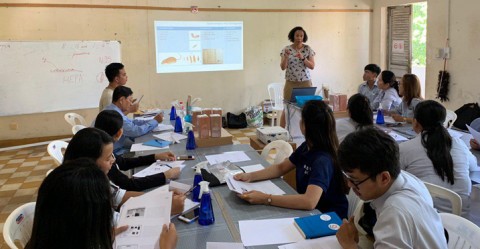 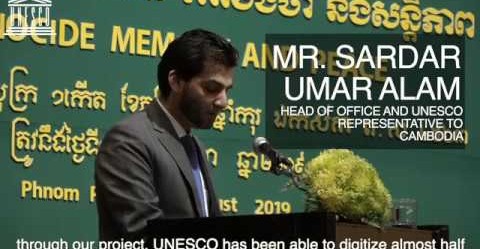