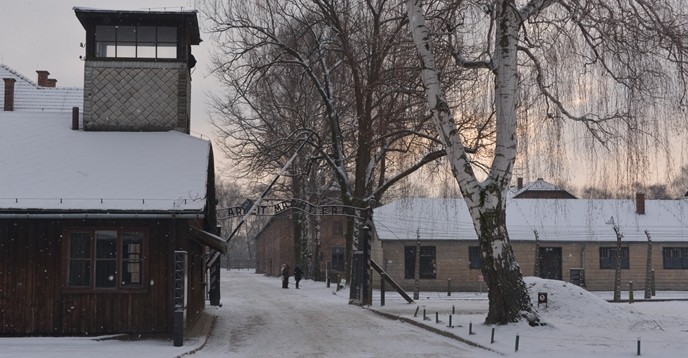 The 27 January marks the anniversary of the liberation of the Nazi German Concentration and Extermination Camp of Auschwitz-Birkenau by the Soviet troops in 1945. It has been named International Day of Commemoration in memory of the victims of the Holocaust by the United Nations General Assembly.

UNESCO believes it is essential to learn about the history of the Holocaust in order to better understand the causes of societies’ descent into genocide and to raise awareness about the need to nurture peace and human rights to prevent further mass violence. The International Day is an opportunity to reach out to Member States and the public to commemorate the victims and their legacy and alert young people around the world about the dangers of racist and fanatic ideologies.

The ‘former-Yugoslav’ Pavilion at Auschwitz

UNESCO is facilitating discussions between successor States of Yugoslavia to set up a joint exhibition in the “former-Yugoslav” pavilion of the Auschwitz-Birkenau State Museum. The project seeks to foster cooperation on background historical research, produce innovative narratives, educational approaches and museographical displays of the Holocaust in the territories of former Yugoslavia, thus using the opportunities offered by a unique World Heritage site to foster dialogue among education policy-makers, museum managers and historians.

The project involves remembrance, education and academic institutions and ministries of culture of Bosnia and Herzegovina, Croatia, Montenegro, Serbia, Slovenia, and The former Yugoslav Republic of Macedonia. International experts representing the Auschwitz-Birkenau State Museum (Poland), the Shoah Memorial (France), and the Topography of Terror Foundation (Germany) also participate in the discussions.

UNESCO is a Permanent International Partner of the International Holocaust Remembrance Alliance (IHRA), acting as an observer and participating in all meetings of the IHRA since 2009.

The IHRA is an intergovernmental body whose purpose is to place political and social leaders’ support behind the need for Holocaust education, remembrance and research both nationally and internationally.  It was initiated in 1998 by former Swedish Prime Minister Göran Persson, and officially launched on the occasion of the Stockholm International Forum on the Holocaust in January 2000.

The IHRA currently has 31 member countries, 11 observer countries and 7 Permanent International Partners, working together to foster the implementation of national policies and programmes in support of Holocaust education, remembrance, and research. Member states are represented by national delegations composed of diplomats, ministries of education officials and experts representing various Holocaust organizations. Special areas of focus include Holocaust denial and antisemitism, the situation of killing sites, research on teaching and learning about the Holocaust, archive opening, comparative approaches in the study of genocides and mass atrocities, and the genocide of the Roma during the Second World War.

Two of the IHRA’s key instruments are the "Working Definition of Antisemitism", which was adopted by the IHRA Plenary in May 2016 and provides guidance in defining antisemitism, and the “Working Definition of Holocaust Denial and Distortion” adopted by the IHRA at its plenary meeting in Toronto in October 2013.  Additionally, its 2017 reference book, Research in Teaching and Learning about the Holocaust, provides a salient tool for those working in Holocaust education worldwide.

More information about the work of the IHRA.