World Commission on the Ethics of Scientific Knowledge and Technology (COMEST)

The World Commission on the Ethics of Scientific Knowledge and Technology COMEST* is an advisory body and forum of reflection that was set up by UNESCO in 1998.

The Commission is composed of eighteen leading scholars from scientific, legal, philosophical, cultural and political disciplines from various regions of the world, appointed by the UNESCO Director-General in their individual capacity, along with eleven ex officio members representing UNESCO's international science programmes and global science communities.

The Commission is mandated to formulate ethical principles that could provide decision-makers with criteria that extend beyond purely economic considerations.

COMEST works in several areas: environmental ethics, with reference inter alia to climate change, biodiversity, water and disaster prevention; the ethics of nanotechnologies along with related new and emerging issues in converging technologies; ethical issues relating to the technologies of the information society; science ethics; and gender issues in ethics of science and technology.

Since its inception in 1998, the functioning of COMEST has been guided by its Statutes adopted by the UNESCO Executive Board at its 154th session. 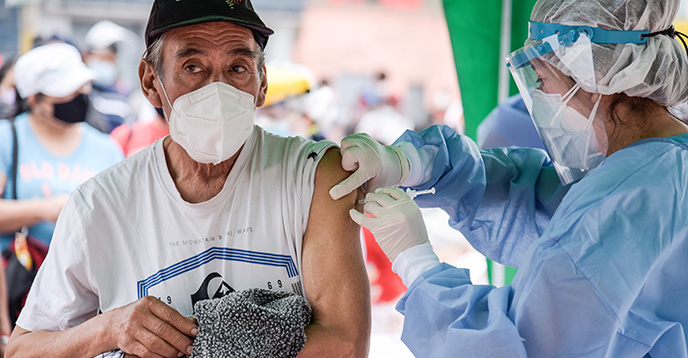 Statements on ethical issues related to the COVID-19 pandemic

Since the beginning of the COVID-19 pandemic, the International Bioethics Committee (IBC) together with the World Commission on the Ethics of Scientific Knowledge and Technology (COMEST), has spared no effort to provide the international community with reflections and recommendations on the ethical issues raised by the health crisis, through several statements, as follows:

UNESCO’s Ethics Commissions call for the temporary waiving of patents related to vaccines as an exceptional measure (September 2021)
This statement calls for equal access for all to vaccines and therapeutics developed to confront COVID-19.
> Read the full statement

UNESCO calls for COVID-19 vaccines to be considered a global public good (February 2021)
In this joint statement, the IBC and COMEST call for a change of course in current COVID-19 vaccination strategies, urging for global vaccines equity and solidarity.
> Read the full statement
> Read the press release

Statement on COVID-19 : Ethical Considerations from a Global Perspective (April 2020)
In this joint statement, the IBC and COMEST guide policy-makers and inform the public about essential ethical considerations that need to be addressed during the global fight against the COVID-19 pandemic.
> Read the full statement
> Read the press release

How are COMEST members chosen?

Who can participate in or attend COMEST sessions?

How are COMEST members chosen?

The Director-General appoints the 18 COMEST members to serve for four-year terms in their personal capacities. The Commission members are chosen from among eminent personalities in the fields of science, professional engineering, law, philosophy, culture, religion or politics. Due account is taken of geographical distribution and coverage of the various disciplines and schools of thought. At each ordinary session, the Commission elects a President, two vice-Presidents and a Rapporteur, who form the Bureau of COMEST.

Who can participate in or attend COMEST sessions?

UNESCO’s activities in the ethics of science and technology are especially centred on the implementation of the orientation given to COMEST since the 32nd General Conference. The orientation has three dimensions.

Based on the discussions during the 12th (Ordinary) Session of the World Commission on the Ethics of Scientific Knowledge and Technology (online from Paris, December 2021), the Bureau of COMEST finalised in March 2022 the work programme of the Commission for 2022-2023 as follows:

The Commission will remain open to addressing other emerging challenges related to the ethics of science and technology during the 2022-2023 biennium.

The following members were elected to the Bureau: