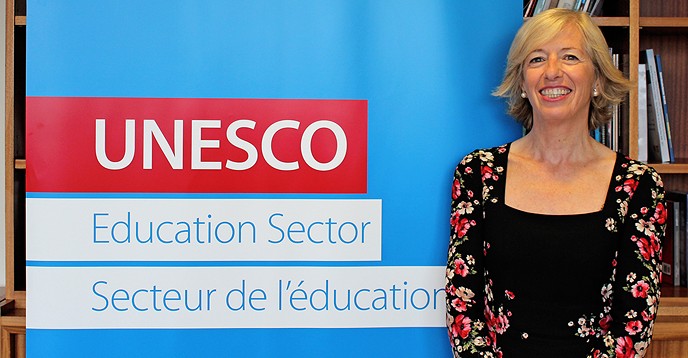 Ms Stefania Giannini was appointed UNESCO Assistant Director-General for Education in May 2018, becoming the top UN official in the field. In this position, she provides strategic vision and leadership in coordinating and monitoring the implementation of the Education 2030 Agenda, encompassed in Sustainable Development Goal 4.

During her term, she has given fresh impetus to multilateral and bilateral partnerships, including through the establishment of the Multilateral Education Platform; increased global focus on education’s ethical role in providing learners with the skills to respond to 21st century challenges; heightened attention to the responsibility of universities in achieving the Sustainable Development Goals, and fostered closer relations between education, culture and the social and natural sciences.

She affirmed UNESCO’s leadership in the context of the COVID-19 response, the most profound disruption to education in recent history, through global evidence, guidance, policy dialogue and collaborative work with UN partners to support countries and jointly advocate for prioritizing education in the recovery. She has encouraged mission-oriented approaches with public and private partners to build resilience and reimagine education, including through the Global Education Coalition.

With an academic background in the Humanities, Ms Giannini has served as Rector of the University for Foreigners of Perugia (2004 – 2012), being one of the first and youngest women to hold this position in Italy. As Senator of the Republic of Italy (2013 – 2018) and Minister of Education, Universities and Research (2014 – 2016), she developed and implemented a structural reform of the Italian education system, centred on social inclusion and cultural awareness. She has also been closely involved in an advisory capacity with the European Commissioner for Research and Innovation.