Brighter future for girls through education

Partners since 2014, UNESCO and CJ Group have been advocating for girls’ education and raising awareness on   the lack of access to quality education faced by girls in developing regions by using CJ’s significant media outreach and influence.

The objectives of the partnership are to:

Highlights from the partnership

UNESCO and CJ are promoting girls’ education through CJ’s major cultural platforms among which are KCON, MAMA (MNET Asia Music Awards) and Asia’s No.1 fashion festival Style Icon Asia (SIA). CJ engages celebrities in sharing messages that expose young audiences to the importance of girls’ education and the reality that millions of girls around the world still lack access to basic education. Every year at KCON LA, CJ and UNESCO held a Girls’ Education Campaign booth to sensitise attendees to the challenges hindering girls’ access to quality education through on-site activities and a comprehensive online campaign “CJ-UNESCO Girls’ Education x KCON”. Now at KCON:TACT, CJ and UNESCO continue reaching several million individuals joining online from over 150 countries through novel concepts such as Pop-up classes with K-pop artists, demonstrating the importance of continuity of learning for all, especially girls, amid the COVID-19 pandemic. Wanna One, a popular K-pop idol group in South Korea, also engaged in a high impact social media campaign to support UNESCO’s work in promoting and improving girls’ education with a video message, reaching over 1 million views as well as 3 million likes and comments just one month from the campaign’s launch. Other artists such as Demi Lovato and Forest Whitaker who is also the UNESCO Special Envoy for Peace and Reconciliation, have shared video messages at these events, reaching over 2.4 billion people in over 160 countries via media broadcast. Several videos highlighting the UNESCO-CJ cooperation were showcased at KCON, at MAMA Hong Kong, generating over 10 million viewers online, and on occasion of the CJ Cup at the PGA Golf Tour issued specially by UNESCO’s Assistant Director-General for Education, Stefania Giannini, reaching an estimated one billion households in over 225 countries.

CJ Group is a major contributor to the UNESCO Malala Fund for Girls’ Right to Education, which expands girls’ access to quality education, especially in countries affected by conflict and disaster. It supports UNESCO’s projects on girls’ education in countries around the world: from empowering girls to be female champions and lead projects in their communities in Nepal, to expanding education opportunities for indigenous girls and women in local communities of Guatemala, to improving access to education and employment for ethnic minority girls and women in Viet Nam. Contributions from CJ are mobilised through proceeds from fan engagement during KCON events, membership sales and artists engagements, such as Wanna One who joined the campaign by donating US$100,000, Rainbow Ruby, TV shows with charity auctions such as the ‘GiveBoutique’ TV show and the purchase of promotional items at Olive Young, a health and beauty store. Olive Young’s viral video campaign, "Beautiful Mind, Beautiful Change", not only mobilised funds for the programme but also engaged more than 4 million donors and received 6 million views in only two months. CJ Group also supports UNESCO through its events. In particular, CJ was a core funder of the UNESCO International Symposium and Policy Forum “Cracking the code – Girl’s education in STEM”, which took place in 2017 in Bangkok, Thailand. 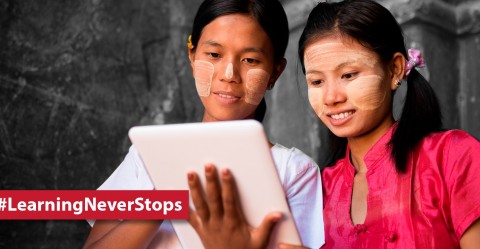 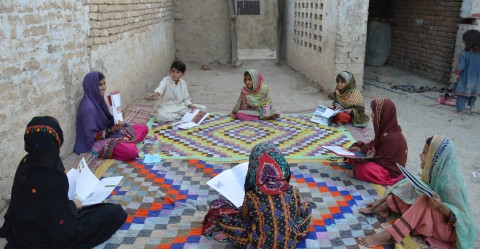 18 May 2020
Sughra from Pakistan: Embracing Education in COVID-19 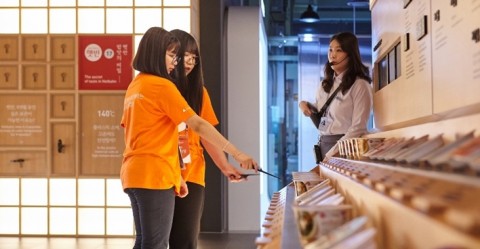 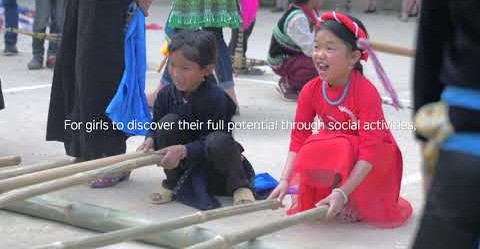