The Director-General of UNESCO is a member of the Chief Executives Board (CEB), which brings together on a regular basis the executive heads of the organizations of the United Nations system, under the chairmanship of the Secretary-General of the United Nations.  In addition to regular reviews of contemporary political issues and major concerns facing the UN system, and on the basis of recommendations from its committees, the Board approves policy statements on behalf of the UN system as a whole.

The Bureau of Strategic Planning is actively engaged in inter-agency work by ensuring the functions of Sherpa of the Director General in the CEB and representing UNESCO in its two major sub-committees: the High-Level Committee on Programme and the United Nations Development Group. BSP also supports UNESCO Field Offices’ participation in the United Nations Country Teams.  With a view to enhancing synergies and minimizing duplication in programme delivery, UNESCO also attaches importance to increased coordination and cooperation with the other UN agencies. This improved dialogue at all stages of programme development and delivery is one of the aspects covered in the partnership agreements concluded with the UN partners.

UNESCO and the 2030 Agenda for Sustainable Development

In September 2015, Heads of State, Government leaders, UN High Level Representatives and civil society  met  on  the occasion of the 70th Session of the United Nations General Assembly, and adopted the 2030 Agenda for Sustainable Development, which included a set of Sustainable 17 Development Goals (SDGs).

The 2030 Agenda is a universal, ambitious and transformative agenda crafted with UNESCO’s active involvement in its respective fields of competence: Education, Natural sciences, Social and Human Sciences, Culture and Communication and Information.

As one of its main missions, the Bureau of Strategic Planning plays a key role in providing strategic advice and guidance to Sectors and Field offices for UNESCO’s contribution to the implementation of the 2030 Agenda for Sustainable Development, BSP ensures the Secretariat of the UNESCO Task Force on the 2030 Agenda for Sustainable Development, as well as  the Secretariat for the informal High-Level Group in support of the implementation of the 2030 Agenda. 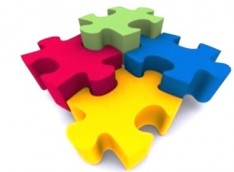