Acknowledging the importance of microbiology for human health and development, the Government of Cuba and UNESCO have established a prize in honour of one of the most important microbiologists in history: Carlos J. Finlay (Camagüey, 3 December 1833 – La Havana, 20 August 1915). His innovative research on infectious diseases and especially his work on yellow fever have had huge benefits for human kind.

The Carlos J. Finlay UNESCO Prize rewards the efforts of an individual, or of an institution, non-governmental organization or other entity which, through research and development, has made an outstanding contribution to the field of microbiology and its applications. In so doing, the Government of Cuba and UNESCO aim to encourage research and development of Microbiology.

Kenya Honda
Department of Microbiology and Immunology of the Keio University School of Medicine (Tokyo), team leader of the Laboratory for Gut Homeostasis of the Riken Center for Integrative Medical Sciences (Yokohama), Japan
The Prize recognizes Professor Kenya Honda's  outstanding contribution to the field of microbiology, more particularly for his research into microbiota and its impact on the immune system in various diseases. It was presented to him on 15 November 2021 during the 41st session of the General Conference of UNESCO.

Professor Shahida Hasnain of Pakistan and Dr Samir Saha of Bangladesh have been named as the two laureates of the 2017 Carlos J. Finlay UNESCO Prize for Microbiology. The Prize was presented to them on 6 November 2017 during the 39th session of the General Conference of UNESCO.

Microbiology is the field of biology that studies microorganisms: microscopic living organisms such as bacteria, viruses, fungi and protozoa. They are so small that the unaided human eye is not able to detect them. Nevertheless, they play a fundamental role in sustaining life on earth. Or example, tiny cyanobacteria oxygenated the Earth's athmosphere through photosynthesis more than 2 billion years ago.

Microorganisms have a major impact on all aspects of life. They are used by humans to make solvents, pharmaceuticals, antibiotics, preservatives, and are fundamental to the process of fermentation that produces cheese and bread, for example.

Microorganisms are also pathogens. HIV/AIDS, malaria, tuberculosis, Ebola virus disease and hepatitis are only a few examples amongst many other diseases that they can cause.

Nonetheless, we still know very little about how microorganisms function and cause diseases. The development of vaccines and antibiotics is a branch of microbiology that has enabled people to counter many diseases, thus strongly increasing human wellbeing and decreasing mortality as well as increasing crop and livestock yields. 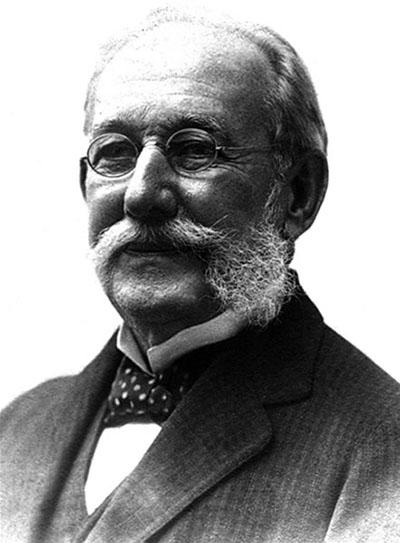 Born on 3 December 1833 in Puerto Príncipe (today's city of Camagüey) in a French-Scottish family, Carlos J. Finlay studied at some of the most prestigious schools and institutes in the world.

After receiving his primary education at home, his parents sent him to France to pursue his studies. His father was a renowned doctor and physician in Cuba, and he also chose medicine.

However, diseases and political troubles affecting Europe at that time obliged him to go back home repeatedly, then to leave France in order to continue his studies in Germany, the United Kingdom, and ultimately the United States. He finally graduated in medicine at the Jefferson Medical College of Philadelphia , on 10 March 1855.

In Philadelphia, he befriended his professors and mentors John Kearsly Mitchell and his son Silas Weir Mitchell. The ywere both both distinguished academicians and partisans of the germ theory of disease. Today this theory cis one of the founding principles of modern medicine as well as of clinical microbiology, but at that time it was still at the experimental stage. It postulates that several diseases result from the contamination of the body by external microorganisms.

The Mitchells wished to see their brilliant disciple embarking on his medical career in the United States, but Finlay wanted to go back to his natal island and work beside his father. After eight years of travels and specialization courses abroad, in 1864 he finally began practicing as a doctor in La Havana.

Here, his profession brought him face to face with epidemics periodically ravaging his country: malaria, yellow fever, cholera and others. Little was known about these plagues origins and transmission, making them all the more merciless. Finlay decided to focus his researhcon these diseases, in order to fill the scientific knowledge gaps about them.

He first developed a new theory on cholera, as his research had persuaded him that this disease is transmitted by water. However, this thesis remained disregarded by the scientific community. Then, he started focusing on yellow fever, which was causing huge human and economic losses in the Americas and especially in Cuba. 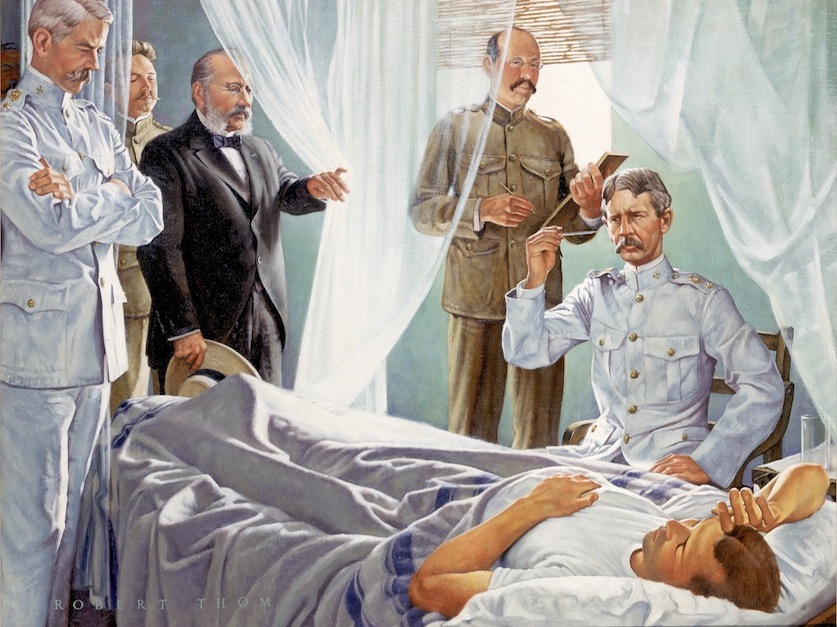 On 14 August 1881, Finlay presented at the Royal Academy of Medical, Physical and Natural Sciences of Havana a work titled “The Mosquito Hypothetically Considered as the Transmitting Agent of Yellow Fever”. In this paper, he first asserted the hypothesis that the mosquito Culex fasciatus, currently named Aedes aegypti, is the agent transmitting yellow fever. Yet, this thesis as well was rejected/disdained by academicians. The peers of Finlay considered it fanciful, but actually it was just too revolutionary for the scientists. At that time in fact, the idea of insect vectors of diseases in itself was still ahead of its times.

Since 1881, Finlay carried out several hundreds of experiments on people who voluntarily exposed themselves to the bite of infected mosquitos Aedes aegypti. Unfortunately, very few trials succeeded, because, even Finlay's intuition was correct, his methodology for the experiments was not. Thus, the inconstancy of his empirical results was more and more reinforcing the opinions rejecting, and even ridiculing him.

During the Spanish-American war this disease killed more people than the conflict in itself. Hence, the US Army sent Walter Reed's team of Reed to Cuba in order to find a remedy. Finally, they succeeded in proving the validity his theory.

At first, Americans doctors greeted Finlay's mosquito theory with scepticism, but soon they resolved to appeal for his aid. Finlay demonstrated to have a great spirit of scientific solidarity in furnishing them his infected samples of Aedes aegypti along with his assistance. This collaboration enabled them to make a great leap forward in scientific research and save millions of lives.

Reed was wrongly credited as the discoverer of the way yellow fever was spread. Yet, the American doctor has always given credit to Finlay. When he died, Finlay was highly esteemed amongst the scientific community as well as by the public administration of Cuba. Pioneer of the struggle against yellow fever and precursor of the theory of biological vectors of diseases, he was a great innovator of medical science. Furthermore, he held few positions of high responsibility within the public health system of his country.

Throughout his career, he was awarded of several prizes and honours by scientific institutions all around the world. Many institutes, streets and places in the world were named after him and, after his death, the Pan American Health Organization declared the 3 December, birth day of Carlos J. Finlay, as the Medicine Day in the Americas.